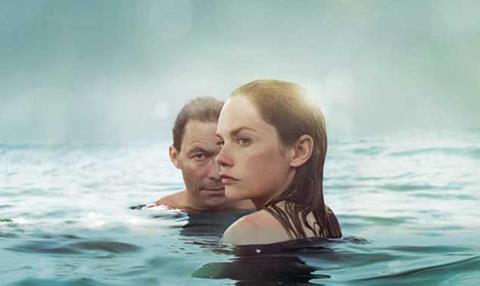 “The Affair gave us smart writing, complex characters and a simmering sexual tension between Dominic West and Ruth Wilson that got close to pressure-cooker heat at times.”
Gerard O’Donovan, The Telegraph

“The Affair becomes less and less obvious and more and more interesting as it goes along. Not just another guy, straying from his vows with a younger woman, but something more complex, and murky.”
Sam Wollaston, The Guardian

“The Affair feels raw, both sexy and unsexy – there is a lot of sex, mostly awkward or uncomfortable-looking, but real, in a slick stylised package amped up with an evocative soundtrack. Everything’s a contradiction, but I’m warning you, you’ll fall for it.”
Sally Newell, The Independent

“I had not expected The Affair, which meandered through its first two parts of ten last night, to be quite so dreary, so pretentious or, visually, so like a Seventies made-for-TV movie. The best thing about it is that the two Brits playing the American lovers make their affair look real — but only for as long as they are on screen together.”
Andrew Billen, The Times

The World’s Most Expensive Food, Channel 4

“This documentary failed because it didn’t challenge any of this obscene waste. Instead, director James Ross was as sycophantic and shallow as the sales teams who were foisting sturgeon’s eggs and the droppings of a weasel-like creature on their gullible clients.”
Christopher Stevens, Daily Mail

“Another of television’s carefully non-judgmental documentaries on the way oligarchs live now. My question: would knowing your coffee comes from beans excreted by a Sumatran weasel or that your gooseneck barnacles are scraped off rocks that cost the lives of five percebeiros a year whet or dull your appetite?”
Andrew Billen, The Times

“Like a lot of televised peeps into the world of privilege, I ended up feeling sorry for the super-rich. If last night’s programme is to be believed, top chefs, food importers and the like have meetings where they sit, gleefully working out how a simple pudding can be made to drain a tycoon’s bank account of a four figure sum, simply by sprinkling rare ingredients on it.”
Matt Baylis, Daily Express

“Joy was an emotion that was writ large in Lucy Cohen’s heart-warming film. Certainly any lack of exoticism on the wildlife front was more than made up for by the colourful and curious humans on display.”
Gerard O’Donovan, The Telegraph

“A gentle but affecting film. As frequently with the excellent Modern Times series, the (human) subjects, and their varied motivations were the stars.”
Sally Newell, The Independent

“Their obsessions were endearing, because they were not selfish or pointless: these people were simply fascinated by the wildlife that exists on our doorsteps.”
Christopher Stevens, Daily Mail

“The real joy came from the younger garden-watchers, doggedly sticking to their passions, ignoring the slights and insults of their schoolmates. In the likes of Georgia, Finlay and Harley, we saw, ideally, the next generation of natural history presenters, and something else. Hope for the planet.”
Matt Baylis, Daily Express