“You couldn’t shake the feeling that you were caught in a feedback loop of shtick.” 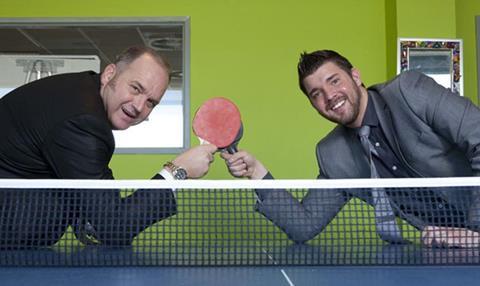 “The Call Centre is the sort of show I feel I ought to take against: airless and manipulatively edited. But it has a few things going for it – call centres are, by necessity, populated by thick-skinned extroverts, so there’s no need to audition anyone. And I have warmed to boss Nev Wilshire.”
Tim Dowling, The Guardian

“The Call Centre is fascinating, but it’s also a show about exactly the kind of misery most of us turn on the TV to escape.”
Ellen E Jones, The Independent

“There must be an award-winning exposé to be made about call centres, by a clever young reporter with a secret camera and some phone-tapping technology. Instead, the BBC chooses to make this obsequious, witless programme as if everything that Nev’s vile little business does is acceptable.”
Christopher Stevens, Daily Mail

“On one level it was fine, all slice-of-life levity interspersed with cringe moments. But a useful question to ask when watching stuff like this is: just how much are the subjects enjoying being on camera? And in Wilshire’s case, the answer was ‘far too much’. You couldn’t shake the feeling that you were caught in a feedback loop of shtick.”
Ben Machell, The Times

The Battle for Britain’s Breakfast, BBC2

“I approached this programme as one would an hour of tiresome but necessary revision. I was wrong. The story is both fascinating and vital to one’s understanding of modern Britain. It perfectly illustrates the strange relationship the BBC has with its commercial rivals, and it accounts for both Gyles Brandreth and Loyd Grossman.”
Tim Dowling, The Guardian

“This documentary’s military metaphors and battle strategy graphics were overdone, but the range of candid interviewees never got boring.”
Ellen E Jones, The Independent

“This was mostly an incestuous account of television history, retold on television by television types. There was too much of Greg Dyke’s ego-fluffing anecdotery, and too few clips of Anne Diamond.”
Christopher Stevens, Daily Mail

“Like snooker or darts, TGBSB has always been TV that you could let wash over you without fully understanding it, but even I knew that this showdown was beautifully poised, with each finalist boasting clearly defined skillsets.”
Ben Machell, The Times