“The well-chosen contributors elevated this documentary above the mere nostalgia trip.” Read on for the verdict on last night’s TV. 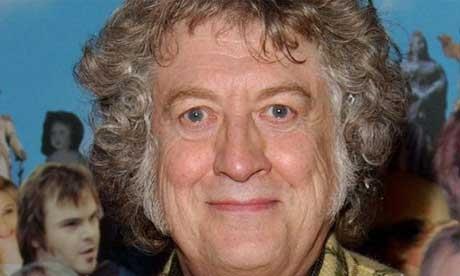 The Christmas No 1 Story, BBC2

“The well-chosen contributors, including Roger McGough, Edith Bowman and Pete Waterman, elevated this documentary above the mere nostalgia trip, while the aural waterboarding that are Slade and Wizzard’s over-played contributions to the oeuvre was over mercifully quickly.”
Gerard Gilbert, The Independent

“The Christmas No 1 Story was a list show, a stocking-filler of clips to make you laugh, cry and boak. But the important thing was that someone had evidently got to it in time and excised every frame that was to have shown Jimmy Savile, making it both a merrier and better-judged Christmas than last year.”
Lucy Mangan, The Guardian

“There must once have been a time when Christmas, to the bulk of people, meant sitting in church and a nice dinner in honour of the birth of Our Lord and Saviour rather than having to spend eight weeks listening to Slade every time they went into the supermarket to buy milk. For those of us who hadn’t quite heard enough of that catalogue of so-called hits, from Last Christmas to Feed the World, Stay Another Day to Mister Blobby, The Christmas Number One Story was here to play them all at us again, along with some dubious socio-historical analysis.”
Matt Baylis, Daily Express

“This was family-friendly wildlife fare with a minimum of nature red in tooth and claw, killing being filmed at a discreet distance… However, this was a BBC Bristol Natural History Unit production, and they seldom fail to deliver at least two or three memorable sequences.”
Gerard Gilbert, The Independent

“Because it was Christmas we didn’t get any closeups of nature red in tooth and claw. A white-tailed eagle carried off a calf and an arctic fox chomped down on an unlucky guillemot and stuffed it headfirst into his larder, but we only saw the calf’s adieu to life from a safe distance and although we were closer to the fox, you can’t really get too upset about dead guillemots. I don’t know why.”
Lucy Mangan, The Guardian

“The Town ended weaker than its extraordinary beginning. What had been an uneasy-making portrait of small-town secrets became a murder mystery who resolution was both unlikely and perfunctory… But Mike Bartlett can clearly write as well for TV as he does for stage and Andrew Scott as the prodigal son Mark who returned to sneer and stayed to make lasagna is television’s next big star.”
Andrew Billen, The Times

“I am a huge fan of Kirstie Allsopp. I think she is a great British institution and heritage grants, never mind television commissioning budgets, should be thrown at her, gleefully and often… An hour of her recreating a Victorian yuletide in Kirstie’s Vintage Christmas was the televisual equivalent of a warm slice of plum duff and enough brandy butter to drown a mouse… Detractors: if you complain about Kirstie’s Vintage Christmas, you are missing the point. Of life, of joy, of Christmas and, above all, of Kirstie.”
Lucy Mangan, The Guardian

“It is unusual for a prime-time drama to use the Daily Mail as a moral signifier, but Last Tango in Halifax had that kind of courage… I have my objections to the series, particularly its reverence for coincidence and ghosts, but it was one of the strongest pieces of agitprop for women’s rights I have seen on mainstream telly.”
Andrew Billen, The Times