“Starkey is not a likable man…But you don’t have to like a teacher to learn from them.” 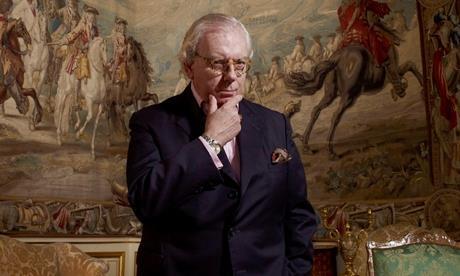 “Riveting…Starkey has some excellent material in the form of Churchill’s million-word magnum opus on his great ancestor John Churchill.”
Helen Rumbelow, The Times

“Pointless side swipes at our political classes aside, Starkey’s first instalment was all very clever.”
Matt Baylis, Daily Express

“Starkey is not a likable man…But you don’t have to like a teacher to learn from them. And The Churchills is fascinating.”
Sam Wollaston, The Guardian

“I don’t know whether this is a plausible account of Churchill’s psychology as war leader but it was certainly a gripping one and further enhanced by the presenter’s passion for his subject… should you be looking for a sense of patriotic uplift that doesn’t wear running shoes over the next three weeks you could do a lot worse.”
Tom Sutcliffe, The Independent

“[It] could have been one of those freakshows that this channel has shown a liking for in the past…Thankfully it wasn’t that kind of thing… The film, and the people in it – and actually this whole Channel 4 mental health series – don’t ignore the fact that although it is all so sad, baffling and exasperating, there are times when the only thing left to do is laugh.”
Sam Wollaston, The Guardian