TV Critics: The Complainers; Welcome to Rio; Britain's Got Talent 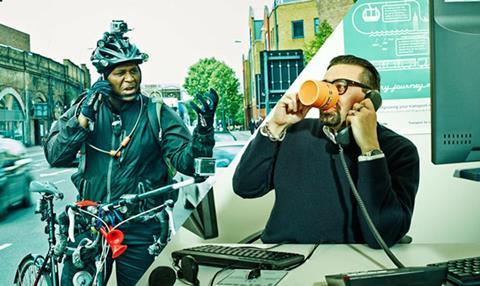 “It was certainly funny, but given that the programme began by telling us that the number of complaints in the UK has doubled in a year, it might have gone further in asking why”.
Benji Wilson, The Telegraph

“There’s proper moaning in The Complainers, an amusing series about customer services and consumers fighting back”.
Sam Wollaston, The Guardian

“After time spent in the company of super-complainers, faceless bureaucracy has never looked so sympathetic”.
Ellen E Jones, The Independent

“The Complainers proved that British traditions of patience and reserve have been replaced by foul language and Twitter”.
Christopher Stevens, Daily Mail

“Welcome to Rio was a curiously flabby documentary that couldn’t quite decide what it wanted to be”.
Benji Wilson, The Telegraph

“Welcome to Rio is a welcome different view of the city that will soon be very much in the world’s spotlight”.
Sam Wollaston, The Guardian

“What jarred about [Cleo] Rocos’s voiceover were the presumptions “she” seemed to be making cheerily on behalf of all the residents — and that those blanket statements were often at odds with the very individual stories we saw on screen.”
Alex Hardy, The Times

“Unlike BBC2’s look at the Copacabana Palace earlier this month, this documentary really explored the favelas”.
Christopher Stevens, Daily Mail

“With semi-final week here the truly hapless candidates are a dimming memory and it is studied competence all the way to bedtime”.