“As one narrative of events, The Iraq War proved depressingly convincing.” Read on for the verdict on last night’s TV. 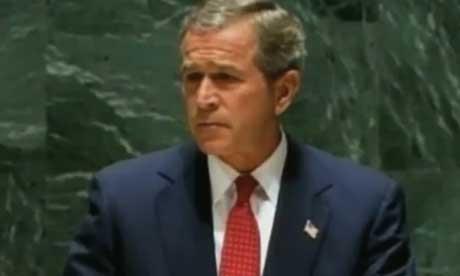 “There was a slight lack of intensity to this final instalment covering the past seven years, which was probably a fairly accurate reflection of the situation, as each new political initiative appeared to be a yet more cynical variation on the last. It was also noticeable that the number of US and UK talking heads gradually decreased as the hour went on: as it became clearer what a total mess the situation had become, so the West melted away… The most chilling thing about it all, though, was that the thrill of being at the nexus of power had clearly been so intoxicating that, even knowing now what they didn’t know – though they perhaps should have – then, every single one of them would almost certainly do it all over.”
Sam Wollaston, The Guardian

“This final episode did its job so effectively in exposing the hollowness of claims about the success of the war that it left you hankering for the one important journalistic component that has been missing from the series – simply because of the way it is constructed – tough and forensic cross-examination. Bring back Tony Blair and Jack Straw, you thought by the end, and force them to answer some harder questions.”
Tom Sutcliffe, The Independent

“How Iraq will turn out no one knows. No one even has a full picture of its recent past. But as one narrative of events, pieced together from on-camera interviews with some leading players, The Iraq War proved depressingly convincing.”
Christopher Howse, The Telegraph

“There were moments in the film when Bush’s dynamism was attractive…But, in al-Maliki, Bush had picked the wrong man. Some 170,000 deaths on, the West may have merely managed to replace Saddam with a Saddam-lite, Shia rather than Sunni. His own deputy PM, Saleh al-Mutlaq, calls him the worst dictator Iraq ever had. What the documentary strongly suggested, however, was that there was no right man, certainly none picked by America.”
Andrew Billen, The Times

“The show is billed as a series of one-off dramas, but in last night’s episode Mia, the disconcerting Oona Chaplin, made a more-than-welcome return… Mia was on top form, veering seamlessly between the spiky and the vulnerable.”
Sam Wollaston, The Guardian

“Ben Schiffer’s play took the couple from a plush restaurant to a patient’s deathbed without quite achieving the necessary tonal gear change. But its conclusion was strong.”
Andrew Billen, The Times

“What we are doing in watching The Apprentice is vicariously indulging in a shallow and preposterous fantasy. It’s no better than Big Brother. Viewers should take care to wash their hands after each episode.”
Christopher Howse, The Telegraph