“It looks set fair to be as compelling, human and humane a series as that other fixed-rig fandango, First Dates. Put it on your shortlist.” 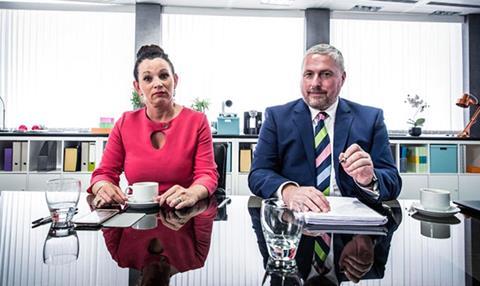 “The jobs are real, the companies are real, the ads were real, the applicants are real and the interviewers are real, which makes it as refreshing as it is agonising. It looks set fair to be as compelling, human and humane a series as that other fixed-rig fandango, First Dates. Put it on your shortlist.”
Lucy Mangan, The Guardian

“Two sets of five candidates are interviewed by two pairs of employers looking for staff. It is crowded anyway, but the process is so chopped up in the edit that you don’t get time to luxuriate in their personalities or their defects.”
Andrew Billen, The Times

“The previous series of Child Genius at least purported to be an in-depth look at what forms intelligence can take and the pressures extreme variations can put on their owners, but things have become much more formulaic since. Now it is just a faintly saddening programme about nothing very much, and certainly nothing very valuable.”
Lucy Mangan, The Guardian

“If, like Mastermind, Child Genius contained nothing but a quiz, it would be dull, but not really unpleasant. What make it truly cruel are the backstage scenes and the home interviews, edited to showcase the pushiest parents and the most gauche youngsters.”
Christopher Stevens, Daily Mail

“How can it be right to watch 11 and 12-year-olds have their IQs tested in public? Anyhow, Channel 4 has found a way to lessen the pain. Out is the severe-looking old pedagogue who used to ask the questions and in is friendly Richard Osman from the TV quiz show Pointless. It is not so much that Osman makes the children feel better for failing, but us for watching.”
Andrew Billen, The Times

“The various rounds and heats prove nothing, except that the children have done a lot of maths and developed very extensive memory banks of words and facts.”
Matt Baylis, Daily Express

“This is the engineering enthusiast’s answer to Springwatch. Instead of badgers and barn owls, we’re looking out for Intercity 125s and Class 66 freight engines. All superbly dotty, but anyone who watched an entire hour must have a high boredom threshold.”
Christopher Stevens, Daily Mail

“Last night’s show was a themed collection of similar anecdotes, generally funnier on the grounds of being delivered by faintly famous funny folk, but not expecially original.”
Matt Baylis, Daily Express