“In a show about vermin, humanity lay thick on the ground.” 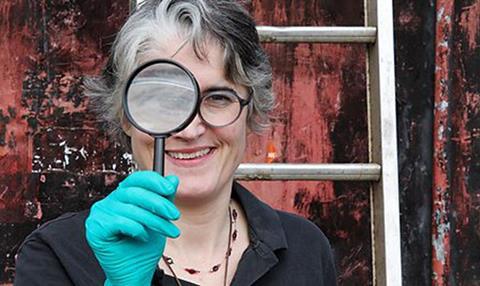 “I wouldn’t be surprised if some bright spark saw a boxed set of Ealing comedies going for a quid which gave them the idea for The Ladykillers: Pest Detectives. In a show about vermin, humanity lay thick on the ground.”
Matt Baylis, Daily Express

“The title suggested that we’d be finding out what drives female rat-catchers and pest inspectors, who make up just 6 per cent of the workforce in a male-dominated profession. But the answer to that one was too obvious — it’s a job. Why on earth shouldn’t a woman do it?”
Christopher Stevens, Daily Mail

“It was fascinating to see how typically “female” personality traits of empathy and sensitivity might well be what makes these pest detectives so skilled at their jobs, but The Ladykillers didn’t delve deep enough into why anyone would choose to spend their days catching rats. Still, with three episodes to go, perhaps we will discover the allure of rodent negotiation.”
Lucy Jones, The Telegraph

“Hang on though, an actual statistic, snuck in among the feelgood girl – and bedbug – power. The percentage of women like Imogen working in the field of pest control? Less than six! Boo! What is this, 1995?”
Sam Wollaston, The Guardian

“Nothing wrong with the idea but the tone was arch as hell, the chairing by Griff Rhys Jones was facetious, and the teams smug and irksome. There were no on-screen graphics to record the scores that Rhys Jones looked very much as if he was making up. The sound echoed emptily round the gallery. This show could not even afford an audience. Or perhaps none wanted to come.”
Andrew Billen, The Times

“It will appeal to viewers who enjoy playing off the contestants at home. You couldn’t fault the programme for the sheer number of objects that they whizzed through, but there was a strange lack of energy to the conversations around each one – and thus the show itself felt deflated. Some people may have found the show charming but as a museophile, I found its lack of focus frustrating; I felt like I was eavesdropping at an intellectual dinner party.”
Lucy Jones, The Telegraph

“For a truly bonkers professor we needed Griff Rhys Jones, who gave new meaning to the word ‘dishevelled’ on The Quizeum. Griff looked as though his clothes had been put through a tumble dryer with him still inside them. He really couldn’t give a stuff what anyone thinks of him, and that’s as rare as anything in the museum cabinets.”
Christopher Stevens, Daily Mail

“Director Francis Whately took us through a brief- mainly depressing- ride through some of the worst things to happen to the planet’s women over the past 20 years. This was their story more than it was Clinton’s. And though it made sense to append her name to the title, it was misleading.”
Will Dean, The Independent

“I was still not convinced that her name should have preceded the title of The Power of Women, a solemn, occasionally inspiring documentary on the outrageous status of women around the world.”
Andrew Billen, The Times

“Hillary Clinton: the Power of Women not only has a much higher level of discussion but also a much classier cast of pundits in three former US secretaries of state: Madeleine Albright, Condoleezza Rice and Clinton herself, who of course may be headed higher still. They are more interviewees than pundits, really; especially Clinton, whose political ups and downs are twisted into a narrative double helix with the recent history of women’s rights.”
Sam Wollaston, The Guardian