“Soothing, escapist stuff, full of beautiful shots.” Read on for the verdict on last night’s TV. 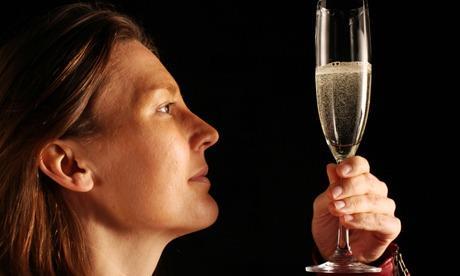 Pop! The Science of Bubbles, BBC4

“You could virtually feel the yearning that Dr Helen Czerski might turn out to be a female Brian Cox. Look, here’s an underwater shot of her snorkelling through sea-foam. And here she is doing one of those giddy confessions of intellectual infatuation with facts that have become a Cox trademark. She comes pretty close and this was an intriguing programme.”
Tom Sutcliffe, The Independent

“The kind of science documentary that wouldn’t have existed in the BC (Before Cox) era. Dr Helen Czerski is a funky, telegenic boffin in the Brian Cox mould: he has his leather jackets and feathered fringe; she has her mini skirts and knee boots. There was something Coxy in her delivery, too: enthusiastic – bubbly, even – and peppered with naturalistic halts and hesitations… It wasn’t quite as enthralling as it first sounded. But it was still soothing, escapist stuff, full of beautiful shots of bursting, bending and coalescing bubbles, reflecting liquid rainbows to a gentle, piano-led soundtrack.
Ed Potton, The Times

“The real problem…is that they have to judge clothes. And, unlike with a cake or pie, which can be described with evocative words such as ‘moist’, ‘crusty” and ‘seductive’, the language of clothes is uniformly dreary. There also aren’t a lot of ways for judges to interact with clothes…The judges just have to stand there, pointing at neat stitching and unwanted creases, spouting synonyms for good, bad and OK.”
Tom Meltzer, The Guardian

“I’m probably not the target audience for this kind of thing… That I found myself being sucked in was down, as ever with reality TV, to the choice of personnel, who provided the requisite mixture of gimlet-eyed professionalism, locker-room banter and ditsy fluster.”
Ed Potton, The Times

Keeping Britain Alive: the NHS in a Day, BBC2

“It’s theoretically possible to watch this kaleidoscopic account of health care and think, ‘Goodness, this is a terribly inefficient way of organising things. The free market would do it so much better.’ But it’s pretty unlikely, and – at times – explicitly contradicted… What’s required of you, as viewer, is sentimental homage to an institution at the heart of our national sense of self… At a time when we’ve heard a lot about the NHS’s failures of tenderness, it was helpful to be reminded that overwhelmingly it doesn’t fail, and that its care extends in ways that would have an insurance company checking actuarial tables.”
Tom Sutcliffe, The Independent