“When food banks are growing faster than real banks, the idea of people celebrating their own pigginess is deeply unpleasant, and it does make for a difficult watch.” 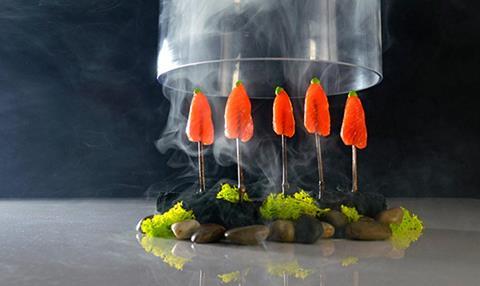 The World’s Most Expensive Food, Channel 4

“In other times a film-maker might have had satirical sport with PR agency owner Jori White. Instead the director Nathan Harrison let form follow content: he filmed White’s story of indulgence indulgently. Fortunately, in exploring the extravagancies of some even richer gourmets, he mined a strain of not so deeply buried contempt from none other than those who serviced these whims.”
Andrew Billen, The Times

“There wasn’t much in the way of analysis or commentary here. It was merely a breezily voyeuristic nose into how the one per cent eat. Quite a contrast to the TV dinners being consumed by viewers, I imagine.”
Michael Hogan, The Telegraph

“This one-off documentary didn’t lead anywhere. The disgustingly nouveau riche can make fascinating viewing, of course, but they have to be seen through a wry and intelligent eye.”
Christopher Stevens, Daily Mail

“Aware, perhaps, that a show called The World’s Most Expensive Food might carry strong aftertastes of show-off and snobbery, the makers focused more on the people than the food. Give me an eccentric in wellies over an oligarch any day.”
Matt Baylis, Daily Express

“This breakthrough fixed-rig series plunges the viewer back into the minefield of childhood socialisation. My heart bled last night for little George, for precocious Alfie, and for Sienna. Play is children’s work. Just how many bad days at the office do our children endure?”
Andrew Billen, The Times

”Fly-on-the-primary-school-wall series The Secret Life of 5 Year Olds has been a surprise ratings hit. It’s easy to see why. It’s enlightening and endearing and reveals littl’uns to be just as complex as adults. There’s been jealousy, feuds, tears and tantrums, alongside some sweet and funny moments.”
Michael Hogan, The Telegraph

“If you haven’t yet encountered it, you need to know that it is about couples out for a meal on a genuine blind date, with their dialogue captured for your voyeuristic pleasure, and it is compelling stuff. Tonight, unusually, we also eavesdropped on an older couple, and an emotionally charged experience it was.”
Sean O’Grady, The Independent