“So many fireworks, stunts, flourishes and big laughs – but none at the expense of the rock-solid foundations. My TV highlight of the year.” 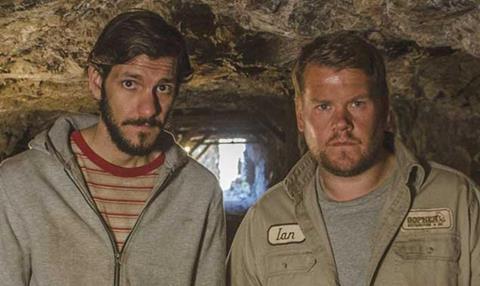 “However far-fetched the plot twists and turns – and they get bigger and bigger – the characters are absolutely believable and fully realised. I can’t think of another equally accomplished all-rounder with its incredible mix of action, pace, style, gags and emotional depth. So many fireworks, stunts, flourishes and big laughs – but none at the expense of the rock-solid foundations. My TV highlight of the year.”
Julia Raeside, The Guardian

“Corden is showing us how brilliantly funny and innovative he can be in The Wrong Mans. This two-part crime caper, which finishes tonight, is just ridiculously good. There’s no one else working in television who could conceive such a story or make it work on screen. For Corden to chuck away his talent on a bog-standard American chat format is enough to make the cat cry.”
Christopher Stevens, The Mail

“It was clear James Corden’s action movie-comedy crossover was still working through the identity crisis that characterised last year’s first series. It was equally obvious that this wacky hybrid, held together with duct-tape and devil-may-care brio, somehow worked.”
Ed Power, The Telegraph

“I can find no comedy in it and it lacks the emotional truth required for a drama. It concluded last night with a 65-minute special featuring a wedding, a baby, an anecdote about a bird with a broken wing and an alcoholic’s redemption, all laced with Gervais’s emotion-flavoured dialogue that sounds as if it should spring from real feelings but doesn’t.”
Julia Raeside, The Guardian

“While nominally a comedy, Derek has, through its two seasons, suffered an excess of mawkishness which was ratcheted up to eye-watering levels for this last episode.”
Ed Power, The Telegraph