TV Critics: Things We Won’t Say About Race That Are True; Muslim Miss World; The Truth About Sugar

“Things We Won’t Say about Race That Are True may be among the most important documentaries of the decade.” 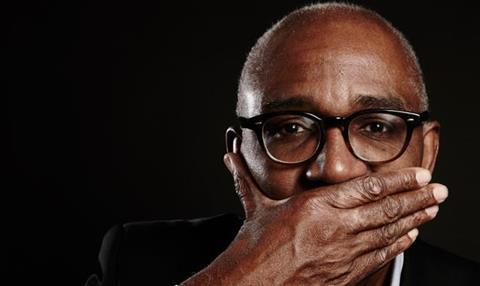 Things We Won’t Say About Race That Are True, Channel 4

“Things We Won’t Say about Race That Are True may be among the most important documentaries of the decade. It is a pity the programme has generated headlines mostly for what Nigel Farage told Phillips. It is not hard to get Farage to say things even he probably does not mean.”
Andrew Billen, The Times

“Densely and rather beautifully written, it had all of Phillips’ patented mix of charm, warmth and reassuring, unthreatening gravitas, and demanded more of the viewer than average. Whether you agreed with what was being said or not, there was the odd and welcome sense of being talked to as an adult by an adult.”
Lucy Mangan, The Guardian

“Chummy interviews with his old boss, Tony Blair, and his potential new boss, Nigel Farage, secured him lots of lovely column inches, but ultimately they showed this to be a much more personal film than was advertised. Not only are Phillips’ unsubstantiated generalisations not revelatory, but they tell us far more about the specific failure of the CRE’s approach than they do about the current state of British race relations.”
Ellen E Jones, The Independent

“What made this assault on our national self-censorship so liberating was that it was presented by the very man who had made many of these topics verboten in the first place. At times, though, Phillips seemed keener to examine his own time in charge of race relations than to probe the nation’s attitudes.”
Tow Rowley, The Telegraph

“It was a fascinating look at the different interpretations of modesty in different Muslim cultures and Dina Torkia was a hilarious, indefatigable, gobby, northern gift of a guide whom I hope will be inundated with offers of other presenting gigs in the wake of this debut.”
Lucy Mangan, The Guardian

“The supposed subject of the documentary, an Indonesian beauty pageant called World Muslimah, was interesting enough. Sadly, BBC Three allowed the 25-year-old to base the entire programme around not only her attempt to win the contest but her wider life story. No doubt, many of Torkia’s fans would have enjoyed the film. But perhaps it should have stayed on YouTube.”
Tow Rowley, The Telegraph

“Dina was a spiky, inquisitive character who was almost kicked out of the competition for asking too many questions. But she was too close to the process, and too respectful of the organisers, to challenge it properly. The voting appeared to be fixed, and the use of very young children was disturbing. In fact, the whole thing stank to high heaven.”
Christopher Stevens, Daily Mail

“The naturally rebellious Torkia swore a lot, turned up ill-prepared for Koran class and was accused of stirring up dissent among her fellow contestants. She returned to the UK without settling on a single definition of a good Muslim woman but the experience did give her a renewed affection for Blighty.”
Ellen E Jones, The Independent

The Truth About Sugar, BBC1

“On The Truth About Sugar Fiona Phillips told us at length what surely we already know; sugar makes us fat and processed foods, ready meals and fizzy drinks are full of it.”
Andrew Billen, The Times

“This programme contained nothing we hadn’t seen on a good half a dozen programmes already. If anyone out there honestly didn’t know this information, then it could have been because they were living on some fortified compound growing their own food and therefore not in need of it.”
Matt Baylis, Daily Express