“An episode that Machiavelli himself would describe as “a bit much”, this was an hour of revenge and threats, of fixes and sex, and it’s about as good as television gets.” 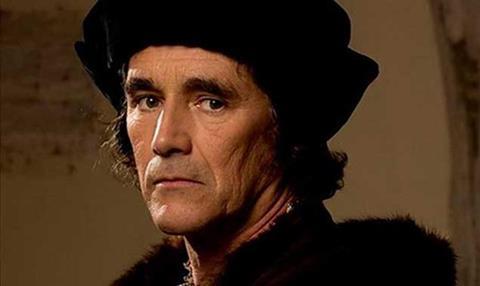 “Be in no doubt, Wolf Hall has hit its stride - this is television you could eat up with a spoon. An episode that Machiavelli himself would describe as “a bit much”, this was an hour of revenge and threats, of fixes and sex, and it’s about as good as television gets.”
Chris Bennion, The Independent

“The director of this TV adaptation of Wolf Hall has made a great fuss about its painstaking realism, but it’s clear now where his allegiance lies. The drama is utterly faithful to the books, not to history. Set in the 1530s, the story has been sexed up for telly. It was brilliantly done: this is television to watch over and over again, relishing its subtleties.”
Christopher Stevens, Daily Mail

“Straughan and Kosminsky have shunted a lot of historical detail to the side – so much that at times I wondered if the series presumes too heavily on our knowledge of the period. No matter; this is stellar political drama, with a thrillingly delicate feel for the weight of words. Wolf Hall is getting better, and darker, with each episode.”
Tim Martin, The Telegraph

“We’re halfway through Wolf Hall, and last night’s episode was buoyed up by another sister act: Mary and Anne Boleyn, the latter finally becoming queen. In a drama that is often darkly and plainly shot, Charity Wakefield and Claire Foy brought some lovely capriciousness to the roles we have seen played so often.”
Alex Hardy, The Times

“I like this documentary because it’s not just about the animals, and the plants, and the passing of the seasons; it’s about how all that fits in with the people who live around these parts, battling against the extremes of nature that come with the latitude. I’m also enjoying Dougray Scott’s narration – languid to the point that it sounds like he really doesn’t give a damn about any of this stuff in a cold place, far away. But that’s actually refreshing, when so many actorly narrators now give it the full Rada.”
Sam Wollaston, The Guardian

“I’ve rarely seen a film about the wilderness that was so full of human life. A timely reminder that we’re all in it together.”
Matt Baylis, Daily Express

“Not only was the footage stunning – like the overhead shot of the herrings laying so much roe it changed the colour of the water – but the storytelling deceptively simple. Another fine addition to the NHU’s Beatles-like reel of hits.”
Will Dean, The Independent

“What The Legacy has done is to confirm what we knew from other imports including The Killing and Borgen. In such dramas the strength had often been the family drama playing under the surface of epic events. Here those family relationships have taken centre stage, and proved every bit as compelling.”
Alex Hardy, The Times

The end of The Legacy has left me bereaved and grieving, appropriately. And perhaps unexpectedly. Who’d have thought it, an arty-farty family squabbling over a will, for 10 hours, in Danish? Without even a murder to cheer it up. But it’s been utterly absorbing.
Sam Wollaston, The Guardian

“The young women opposing and defying the law had all had direct, personal and painful experiences. Those wanting it to stay the same, just as young, just as well-educated, could only talk of principles. If there’d been one woman among them who’d aborted and regretted it or borne a life and lost it, the pro-lifers would have come across in a more mature and credible way. As it was, they looked like lippy kids who’d not lived enough.”
Matt Baylis, Daily Express

“The respective arguments on the pro-life/pro-choice are as thoroughly treaded as a public byway, but what makes both places unique for countries with such strict anti-abortion laws is that they’re so close to the rest of Britain where it’s relatively easy – and legal – to have an abortion. Meaning that the push for change is undermined slightly.”
Will Dean, The Independent

“This fascinating documentary spoke to participants on both sides of the debate. Harte gave all her participants a compassionate hearing, but didn’t conceal her own feelings on the topic. This was an hour full of tears, and a hard programme to watch.”
Tim Martin, The Telegraph