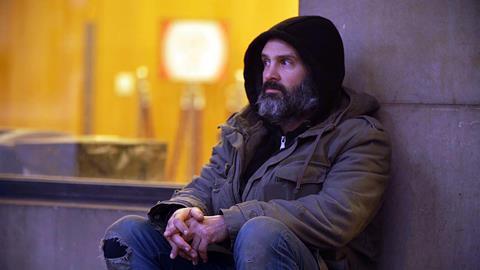 “This was an hour of genuinely revelatory television that managed to burrow several layers deeper than the usual superficial scrapings we are used to.”
Lucy Mangan, The Guardian

“This was luridly watchable television, even though Stafford often missed a trick by not asking more. It was interesting, while leaving the distinct aftertaste of poverty tourism.”
Carol Midgley, The Times

“Stafford’s contract with his subjects felt a little hazy. It was rarely clear how he presented himself – rough sleeper or undercover reporter? – to people who presumably had to sign release forms before broadcast. But this grim series is an empathetic venture. If only it could also propose solutions.”
Jasper Rees, The Telegraph

“This sort of documentary is rare. That’s partly because a film like this can offer no simple answers. There are more moral complications than we can digest in just one hour.”
Christopher Stevens, Daily Mail

“Every now and again the eagerness of the programme to drag Qassem Soleimani to the centre of the story was palpable, even a bit desperate. The path to peace lies through understanding rather than comic-book stereotyping built into the fabric of this profile.”
Jasper Rees, The Telegraph

“The potted history and assessment of his power was absorbingly informative. But as to whose side Soleimani was on at any given moment … I couldn’t even guess.”
Christopher Stevens, Daily Mail

“Cheat had a shaky start, got hugely better, then flopped rather at the finale. It all went a bit too potboiler. Fair’s fair, though: I enjoyed 90 per cent of it, it cheered up a grim week and honestly? If there were a second series, I’d watch it.”
Carol Midgley, The Times