A Passage To Britain; Secrets Of Cinema; On The Edge

“A fascinating perspective on these early pioneers of today’s British Asian communities.” 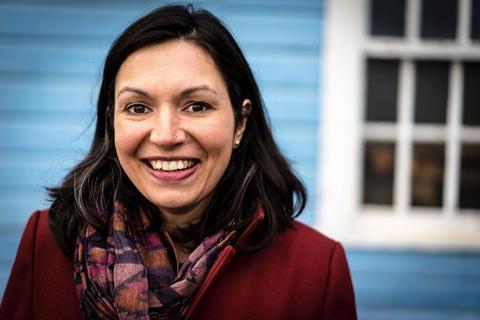 A Passage to Britain, BBC2

“These were small but significant stories of romance and rebellion, history and heartbreak – told with warm empathy by the engaging Dr Yasmin Khan, who made a hugely likeable guide. Archive footage was stylishly combined with classy graphics and a buzzing, bubbling soundtrack. It all provided a fascinating perspective on these early pioneers of today’s British Asian communities.”
Michael Hogan, The Telegraph

“Dr Khan proved a warm screen presence — a natural warmth rather than trained presenter warmth. Who Do You Think You Are? itself might be getting a bit tired, but this hour of a most personal kind of history showed its approach working in valuable other ways too.”
James Jackson, The Times

“Yes, it is kind of along the lines of Who Do You Think You Are?, but… it’s more like Who Does Britain Think It Is?. It’s a clever route in, the ships and the lists – a way to cast and personalise a big chunk of 20th-century British history.”
Sam Wollaston, The Guardian

“It’s the fragments of human history, still with the power to draw tears after so long, that make these trawls through the archives such absorbing television. How original for viewers to be able to see India through the eyes of people who actually know what they’re talking about, instead of some hand-wringing, guilt-ridden TV comedian intent on a virtue-signalling trip.”
Christopher Stevens, Daily Mail

“Film critic Mark Kermode certainly knew what he was talking about as he analysed the horror genre in the final part of his Secrets Of Cinema. The problem was, this week more than ever, that he knew too much and couldn’t decide what to leave out. This was film geekery taken to such exalted heights that he’d rocketed out of the earth’s atmosphere and disappeared from sight.”
Christopher Stevens, Daily Mail

“By the end of this shivery feat of filmic cross-referencing, I was totally with him, and a sudden desire to watch a classic spooky film happily obliged by BBC4 with a screening of Night of the Living Dead. If this well-assembled series proved anything, it’s that audiences don’t mind being told the same story again and again.”
James Jackson, The Times

On the Edge: A Mother’s Love, Channel 4

“Janice Okoh must never be allowed to write for television again. Never. Not ever. Not once. A Mother’s Love was so tense, so sharp-bladed, that Okoh should be banned from further writing on public health grounds. It only lasted half an hour, but my stomach was in a Gordian knot from about five minutes in, and I fear my entrails will never be successfully unravelled.”
Tom Ough, The Telegraph