After Auschwitz; The Truth About Traveller Crime; Secrets Of The Royals On Tour; American Road Trip

“The film did get sidetracked by other political issues, which diluted the impact, but it was still utterly compelling” 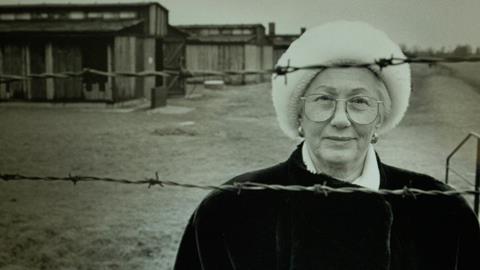 “This was ultimately an uplifting documentary focusing on six astonishing women — Eva Beckmann, Rena Drexler, Renee Firestone, Erika Jacoby, Lili Majzner and Linda Sherman — aged between 16 and 23 at the time of liberation and who started new lives in the US. The film did get sidetracked by other political issues, which diluted the impact, but it was still utterly compelling.”
Carol Midgley, The Times

The Truth About Traveller Crime, Channel 4

“CCTV footage was eye-opening: bricks being thrown at cars, shoplifting, gunshots being fired. But did statistics bear out the anecdotal evidence? Only partially.”
Michael Hogan, Telegraph

Secrets Of The Royals On Tour, Channel 5

“Some of the stories were familiar. Others were more tantalising. The pictures of Diana dancing with John Travolta at the White House made front pages worldwide, but I didn’t know that Di’s first choice of partner was Russian ballet star Mikhail Baryshnikov … while First Lady Nancy Reagan wanted the princess to waltz with Clint Eastwood.”
Christopher Stevens, Daily Mail

“The director seems obsessed with packing in tedious activities: paddleboarding, clam digging, ballooning, plus a limp goat yoga section included purely so they could wear mankinis. Near the end there was a semi-naked pillow fight in the camper van and next week they all dress as cowboys. Guys, we’re happy for you, but wouldn’t this be more at home on Channel 4?”
Carol Midgley, The Times