“It had the air of educational programming but was no less absorbing for it. The inimitable Hammond made for an engaging guide.” 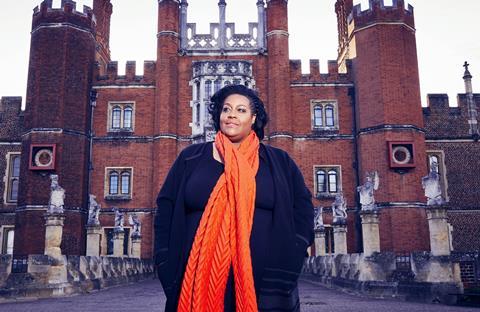 Alison Hammond: Back to School, ITV

“As the irrepressible host toured the UK, using the country as her classroom to educate herself in black British history, you couldn’t help being swept along for the ride. With its on-screen graphics, bursts of music and accessible approach, it had the air of educational programming but was no less absorbing for it. The inimitable Hammond made for an engaging guide.”
Michael Hogan, The Telegraph

“Who would have thought that, 247 years later, Frank Skinner and the Scottish novelist Denise Mina would be ideal guides to the pair’s famous 1773 trip across Scotland? For all the generic travelogue trimmings, it had at times a kind of psychohistorical thoughtfulness about the Scottish condition that you tend not to get from Joanna Lumley.”
James Jackson, The Times

“I’d watch Skinner in anything and his rapport with Mina turned what might, in other hands, have been an earnest, picturesque trudge, into an hour brimming with warmth and humour. Here, there was no real straight man, both Mina and Skinner chortling their way from Edinburgh to Arbroath without diminishing their predecessors or downplaying the majesty of scenery or architecture.”
Gabriel Tate, The i

“There is nothing very deep or challenging in Love Life. It is a light, slight thing – charmingly held together by the chemistry between Anna Kendrick and the actors playing her roommates and best friends. It has the kind of comic writing so good it makes even the hardest dialogue to pull off – fleet, authentic-sounding, genuinely funny banter between friends and lovers – seem effortless. I could happily binge the entirety of this baby SATC exactly as is. It is the perfect balm for troubled times.”
Lucy Mangan, The Guardian

“Graphic, humbling and occasionally nerve-shredding, it was another clarion call for the NHS and its boundary-pushing excellence under extreme duress.”
Gabriel Tate, The i