”With its wild landscapes, drystone walls, steam trains and vintage cars, it was family-friendly comfort-viewing. A soothing balm in febrile times” 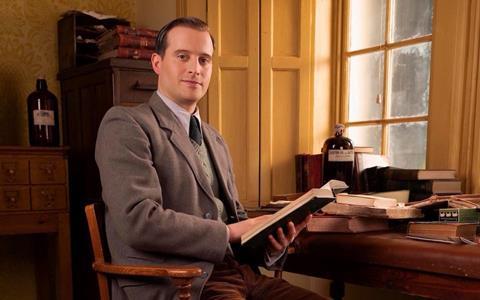 “A remake of the veterinary drama was as predictable as a flat cap in Darrowby, and just as predictably, it turns out to be as light as a hen’s feather, as old-school as an Austin 7 and as corny as Bill the farmer’s feet. Yet, by ’eck, it might just have found that one thing so many other series find elusive: charm. It felt like an antidote to grisly murder dramas and trendy Netflix box sets, to apocalyptic news reports and Piers Morgan.”
James Jackson, The Times

“All rolling hills and timeless charm, it was a breath of fresh air – both literally and figuratively. Any viewers missing the classic triumvirate of Robert Hardy, Christopher Timothy and Peter Davison were surely converted by this well-crafted opener, confidently directed by Downton Abbey alumnus Brian Percival. With its wild landscapes, drystone walls, steam trains and vintage cars, it was family-friendly comfort-viewing. A soothing balm in febrile times.”
Michael Hogan, The Telegraph

“This series intends to milk every drop of melancholic pleasure from the lost and gentle past. Expect tender romance, farcical misunderstandings and lots more difficult births in freezing barns, with young James up to his eyeballs in mud and cattle.”
Christopher Stevens, Daily Mail

“The mixture of photogenic wildlife, ravishing Dales scenery and obstinate local eccentrics should delight devotees of escapist comfort food, such as The Durrells or Doc Martin, while the focus on community spirit and self-reliance may come as welcome relief from pandemics, lockdowns and riots.”
Adam Sweeting, The i

“An affecting documentary, in which Smith assessed how success had affected her mental health and explained why she desperately hopes the arrival of her new baby will open a fresh chapter in her life. You could only wish her well, and hope that she’s not relying on motherhood as a panacea for problems she still needs to resolve.”
Adam Sweeting, The i

“The star’s battles with drink and depression have played out in public, and worsened following the death of her father Colin from cancer in 2016. But she has never talked so frankly about them before, and her openness is timely: countless women must be struggling with anxiety and mental health problems as she has during lockdown. Her courageous honesty will have given strength to a lot of people.”
Christopher Stevens, Daily Mail

“As with all sketch shows, some things don’t hit the target. But, when A Black Lady Sketch Show works, it works, offering perspectives that are still, sadly, missing from TV and from comedy. More of this and fewer talking heads laughing at their own jokes, and the world of comedy – and the world in general – would be a better, funnier place.”
Hannah J Davis, The Guardian