An Hour to Catch a Killer; Mindhunter; Gameface

“Lapel-grabbing programme titles often go over the top but the claim in this case felt merited.” 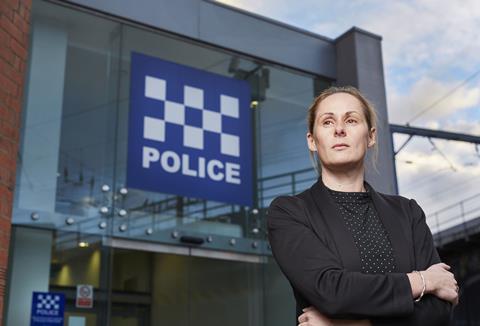 An Hour to Catch a Killer With Trevor McDonald, ITV

“Perhaps the BBC show The Detectives delved deeper into the painstaking nitty-gritty of police procedure, but the bodycam footage in this one – which could have been a gimmick – really does add something, throwing you into the thick of it. I am feeling less of a viewer and more part of the investigation.”
Sam Wollaston, The Guardian

“While the outcome was never in doubt, the narrative exerted a horrible pull from the moment we heard the heart-rending recording of her flatmate’s 999 call. Lapel-grabbing programme titles often go over the top but the claim in this case felt merited.”
Jasper Rees, The Telegraph

“An Hour to Catch a Killer with Trevor McDonald was a remarkable, if distressing, documentary, but throughout I could think only one thing: imagine what it was like for Alice Ruggles’s parents to watch it. How much courage must it have taken for them to put their pain and loss up for public consumption so that others may benefit in the future? Extraordinary couple, extraordinary programme.”
Carol Midgley, The Times

“With the aid of body cameras strapped to detectives and forensics specialists we saw how decisions made in the first hour determined the outcome of the whole case. This was something of a gimmick since the decisions boiled down to things any investigating officer would do automatically.”
Matt Baylis, Daily Express

“Mindhunter is grown-up television that compels you to think about shifting attitudes in society. It would be too weird to call it a tonic, but there’s nothing quite as gracefully accomplished on TV right now.”
Ben Lawrence, The Telegraph

“If you are after a whizz-bang cop show, Mindhunter is not for you. Two episodes in, and it looks set to be more of a satisfying Mad Men slow-burn than anything else. If you have the time and patience to sit back and discover the men behind the monsters, it may reward you in spades.”
Stuart Heritage, The Guardian

“The dysfunctional, boozy, tragicomic lives of single thirtysomething women are common comedy currency at the moment and the results can vary. In this case, fortunately, Roisin Conaty has the talent to move from hilarity to heartbreak in an instant and make each extreme equally convincing.”
Carol Midgley, The Times