“The silliness of Stephen’s unspooling was delightfully excruciating.” 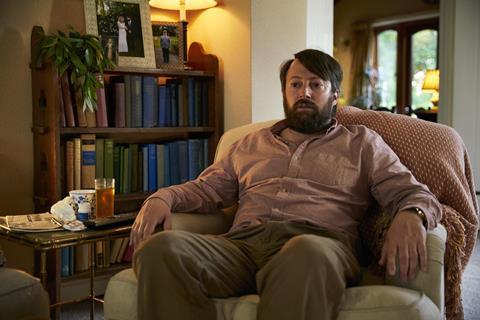 “The silliness of Stephen’s unspooling was delightfully excruciating, although as each plot twist built in yet another layer of embarrassment, I found myself craving the closing credits – not because I wanted Back to end, but because I needed to be put out of my squirming misery.”
Rebecca Nicholson, The Guardian

“Starring Peep Show’s David Mitchell and Robert Webb, the six-part series has explored childhood trauma, jealousy, small-town anxiety and, above all, self-loathing. Fortunately, it is also very, very funny. I can’t get back to the John Barleycorn soon enough.”
Rupert Hawksley, The Telegraph

“It was a boring task this week. Both teams were useless, the boardroom showdown lacked bite and the one funny moment was when Michaela called the project manager a ‘bellend’.”
Carol Midgley, The Times

“Of all the many reasons for detesting The Apprentice, surely the most disturbing is the fanfare arrival of Lord Sugar at the outset of each week’s task. Auntie Beeb loves a man with a big ego, but the pandering to Alan Sugar’s bloated self-esteem on a reality show is beyond sycophancy.”
Christopher Stevens, Daily Mail

Billion Dollar Deals And How They Changed Your World, BBC2

“Ultimately, like Innocent’s kooky signs and the billion-dollar deals that weren’t, this series was just an entertaining way of telling us that the world changes while basically staying the same.”
Matt Baylis, Daily Express

“The documentary series predicted that no government policy could prevent around a third of British jobs being handed to machines within a couple of decades. It was chilling to see that software already exists to replace teachers and doctors with talking computer tablets.”
Christopher Stevens, Daily Mail

“Words such as ‘raw’ and ‘brooding’ were used in Channel 4’s promo material, but the two other words that kept occurring to me were ‘nothing special’. It was hard to care much about any of the characters including the main hero policeman, who concentrated so hard on being a brooding, enigmatic man of few words that sometimes he just looked like he had wind.”
Carol Midgley, The Times