“This wasn’t just a portrait of a fascinating woman, it was a lesson in TV technique and how to unlock a personality.” 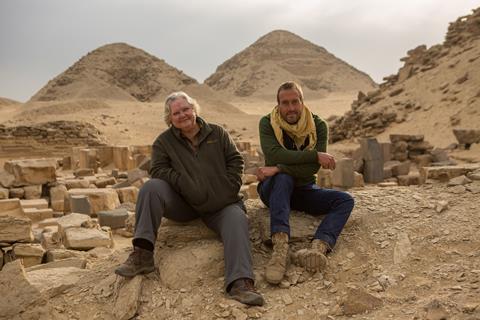 “This was easily the best episode so far of Ben Fogle’s globe-trotting documentary, profiling eccentrics and hermits who live beyond civilisation. This wasn’t just a portrait of a fascinating woman, it was a lesson in TV technique and how to unlock a personality.”
Christopher Stevens, Daily Mail

“The joy of this series is that each week you feel our amiable presenter has encountered his most extraordinary and inspring wilderness settler yet. Mary-Ann Stroud was a rare treasure.”
Matt Baylis, Daily Express

“The stand-up show returned with more affable analysis of our cultural ephemera. I particularly enjoyed Gorman’s ‘found poem’ repeating the more moronic below-the-line reactions to The Great British Bake Off being on Channel 4.”
James Jackson, The Times

“His targets are usually mundane. But the show ended with a blistering attack on a minor showbiz journalist called Neil Sean, who had hosted an unofficial Dr Who DVD littered with errors. Gorman didn’t criticise Mr Sean, he slaughtered him.”
Christopher Stevens, Daily Mail

“This was well-crafted, warmly feelgood television. Bake Off might have changed channels but it’s in safe hands – even if one of its judges does need an urgent social media lesson.”
Michael Hogan, The Telegraph

“The most unforgiving final showstopper in Bake Off history we’re told, and they are certainly complicated, with all their layers and flavours. But, certainly from a viewer’s point of view, the results aren’t as spectacular as they were in, say, the first showstopper of the series, the illusion cakes.”
Sam Wollaston, The Guardian