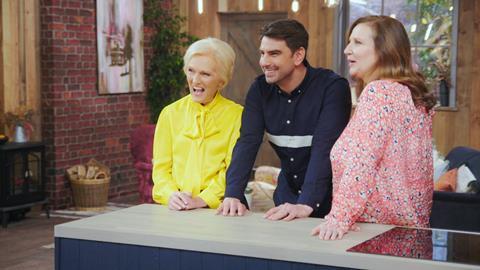 “Some critics were unkind at the outset of Best Home Cook, calling it saccharine and stodge. However, last night’s finale suggested it has found its feet and is comfortable in its own skin. The show has become less about histrionics, more about food, and the three female finalists were all solid, unflappable non-drama queens.”
Carol Midgley, The Times

“Best Home Cook concentrates on real food, the sort you want to feed your family, and not the demented creations of MasterChef. It’s also genuinely friendly. Last year’s Bake Off made a noticeable effort to foster cameraderie between the competitors, but it truly felt as though Suzie and Georgia were pals rather than rivals by the end — not just sharing hugs and high-fives, but helping each other out in the kitchen.”
Christopher Stevens, Daily Mail

“It was Bake Off and MasterChef and all those other ones that are a lot like Bake Off and MasterChef, creamed together and lazily slapped onto your screen. The lack of on-screen drama caused the mind to wander, and I found myself absorbed mostly by worries about Claudia Winkleman’s fringe.”
Anita Singh, The Telegraph

“This was one of the most instructive episodes of Hospital I have seen, a revealing slice of the UK’s social crises being swept under the carpet.”
Carol Midgley, The Times

“There is lots of cutting-edge science seeking to answer the eternally unanswerable question of how babies become who they are. What you get is a series such as The Baby Has Landed or Child of Our Time given the Netflix Originals treatment: swish production values, a global outlook, a more diverse mix of families.”
Chitra Ramaswamy, The Guardian

“The gushy tone was unnecessary because the actual science here is fascinating. There was much food for thought in the series for anybody about to embark on parenthood. Although the whole thing could have been compressed into half the length.”
Helen Brown, The Telegraph