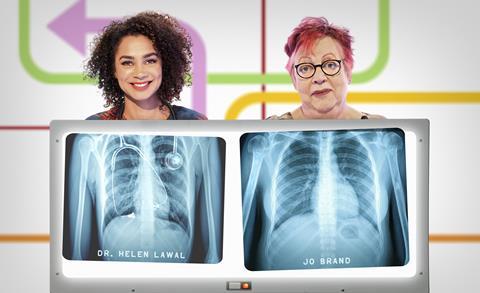 “Whoever devised the questions did well; there is enough I-know-someone-who-had-that going on to make it engaging for the non-medic, plus a bit of I-have-almost-certainly-got-that for the hypochondriac. Possibly not one to recommission, but for a 70th birthday celebration it was fun.”
Sam Wollaston, The Guardian

“Britain’s Best Junior Doctors was a good idea lamely executed. Pitting two teams of young hospital doctors against each other in a quiz was original, but it didn’t know whether it wanted to be a medical University Challenge or a comedy game show.”
Carol Midgley, The Times

“This rather strange series is running all week, with the final on Friday, but I doubt many viewers will stick with it. Disappointingly for a prime-time production, this had the rickety, low-budget feel of a daytime one.”
Michael Hogan, The Telegraph

“The sheer depth and specialism of their knowledge makes it difficult to play along at home. Only Connect has shown there is an eager audience for really challenging quizzes. This pilot, though, was so difficult that one team barely scored a point.”
Christopher Stevens, Daily Mail

“The quiz proved surprisingly addictive as the junior doctors identified diseases, showed off their general medical knowledge and (more worryingly) failed to identify various parts of the human body. Helping everything along was the show’s host, the wonderfully sardonic Jo Brand, who continues to make a case for being one of the best quiz masters around.”
Sarah Hughes, The i

“Cameras gained unprecedented access over a nine-month period for Inside the American Embassy and it showed. This was a riveting insight into the global view of Brexit and diplomacy in the age of Trump.”
Michael Hogan, The Telegraph

“The first part of the enthralling Inside The American Embassy saw new US Ambassador Woody Johnson arrive in London for what promises to be a fraught first year on the job. How healthy is the body politic on either side of the Atlantic? On the evidence of this tense opening episode filled with diplomatic flummery and the appeasing of egos on all sides, it’s tempting to answer not nearly healthy enough.”
Sarah Hughes, The i

“US ambassador Robert Wood Johnson is good value TV-wise because he has a Trumpian way of saying what he thinks. Although, and at least from what we saw, he says it in a strangely uncharismatic way. The best part, watching Chris Grayling ask intently, ‘Is Boris coming?’, like a girl at a party watching the door for her favourite boy, was delicious.”
Carol Midgley, The Times

“The attitude of Sir Alan Duncan, Minister of State for Europe and the Americas, left Woody bewildered. It was like watching Yes Minister’s Sir Humphrey Appleby attempting to teach the fine art of diplomacy to John Wayne. Neither man understood the other in the slightest.”
Christopher Stevens, Daily Mail