Caroline Flack: Her Life and Death

“It is an hour that makes you long to plead with anyone and everyone – if you are ever thinking of going, please don’t. Please, please stay” 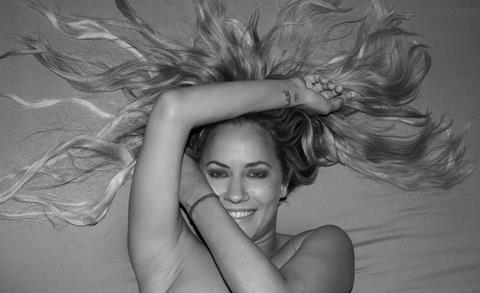 “The memories are suffused with love and tenderness, and the present misery and the anger are palpable. The years of fear and worry that come with loving someone who is simply not able to cope with all of life’s vicissitudes, let alone the heightened versions visited on Flack, are powerfully evoked by Jody and Christine. But, at the same time, there are happy memories. “I never had as much fun with anybody, ever,” says Jody in the closing moments. “She was so full of joy. That’s what’s so greatly missed about her.” It is an hour that makes you long to plead with anyone and everyone – if you are ever thinking of going, please don’t. Please, please stay.”
Lucy Mangan, The Guardian

“One of the tragedies about this story is that Flack would have garnered only sympathy if her troubles were widely known. But shame is a powerful feeling. The pressures of fame will affect very few of us but depression is familiar to many. The film is a tribute to Flack - her talent, her warmth, her sense of fun - and it would be heartening if her legacy is a greater understanding of depression and suicide.”
Anita Singh, Telegraph

“Even though I have just watched a documentary about her death, it still feels staggering that the life force that was Caroline Flack is not alive. All that energy and spirit, all that hard graft to become a TV presenter whose shows epitomised youth, glamour and good times, yet she was having such an atrocious time that she took her own life. Her lovely, wise, heartbroken mother, Christine, said that it still didn’t feel real a year on, this pointless, senseless waste. How could what her friends called the “funniest, stupidest ball of energy” and a “pocket rocket whirlwind of fun” coexist with such pain? What a symbolic tragedy of our time.”
Carol Midgley, The Times

“The portrait emerged of a woman incapable of separating real life from the celebrity world. ‘She was feeling things so much more deeply than I would have done in the same situation,’ said one friend. It was all horribly messy — and bitterly sad.”
Christopher Stevens, Daily Mail

“This documentary was about someone terrified that their perceived weaknesses would be found out. You don’t need to be under the blistering spotlight of fame to identify with the fear that consumed Caroline Flack.”
Rachael Sigee, The i