“An extraordinary documentary that has spoilt watching Casualty forever” 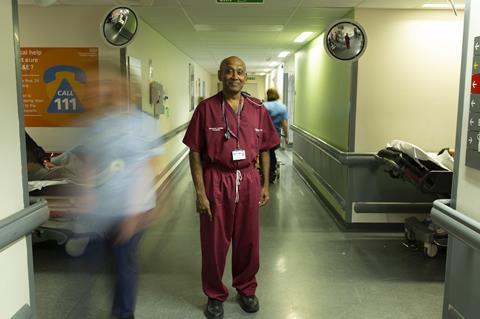 “Critical Condition ramps up a genre that had hitherto peaked with 24 Hours in A&E, by ruthlessly stripping out what look in retrospect like indulgent, comforting embellishments. There is no voiceover, no charming patient backstories, no interviews with the patients at home months later to reassure us they haven’t died. It’s just hardcore lifesaving medicine in a constant nerve-shredding torrent.”
Jack Seale, The Guardian

“Critical Condition was an extraordinary documentary that has spoilt watching Casualty for ever. An unfiltered, non-narrated, visceral reveal of what the ‘golden hour’ — when patients arrive in hospital trauma centres from car crashes, heart attacks, stabbings or strokes — really looks like, it wasn’t for the faint-hearted.”
Carol Midgley, The Times

“Channel 5 is not exactly famous for exercising moderation in its factual series but this documentary manages to be both brutal and restrained in its observation of the trauma unit at Royal Stoke University Hospital. Its presentation is neither mawkishly heart-tugging nor exploitative.”
Sarah Carson, The i

“This was an enjoyable film, memorable for the exceptional pluck and team spirit displayed by the entire group, every one of whom struggled desperately at some point and would have dropped out had it not been for the big hearts and encouragement of their fellow celebrities. To see all nine summit Kilimanjaro at the same time (a rare achievement, apparently) and celebrate together was a lovely, inspiring moment.”
Gerard O’Donovan, The Telegraph

“We know what to expect from this by now, and it is an admirable and impressive achievement. To use one of my banned words, that I reserve only for charitable endeavours, it is heart-warming to see the camaraderie between the stars.”
Sarah Carson, The i

“It was all in a good cause, but the conversation wasn’t exactly edifying. Why is it that when two or more celebs are gathered together, they talk about body functions?”
Christopher Stevens, Daily Mail

“I reviewed this glossy, expensive drama last week and gave it one star, but it’s so gloriously bad that I can’t keep away. Gere’s tanned, immobile face reminds me of a whole trout on a dinner plate — nothing moves but you can’t help feeling the eyes are trying to tell you something.”
Christopher Stevens, Daily Mail

“MotherFatherSon sauntered aimlessly through its clunkily depicted world of British power, politics and the press. A world where the only thing most characters had in common was how entirely unconvincing they were. Only occasional dips into a minor plotline about journalists investigating a murder held out the prospect of a more engrossing conspiracy story yet to come.”
Gerard O’Donovan, The Telegraph