DH Lawrence: Sex, Exile and Greatness; Stand Up & Deliver; Luxury Holidays: How to Get Away This Year 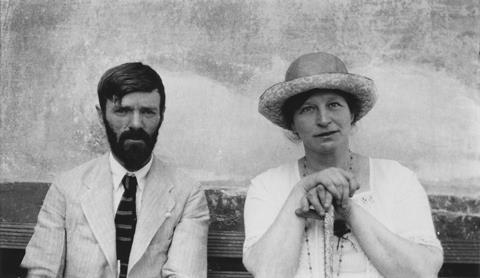 “DH Lawrence: Sex, Exile and Greatness opened its account by putting his early 20th-century words into a startlingly present-day context. The only trouble was that, by starting so strongly, this documentary misled us into expecting more contemporary relevance than was really in its brief. What we got instead, as Adrian Munsey and Vance Goodwin’s 50-minute film zipped with tremendous pace and clarity through Lawrence’s life, loves, travels and health problems, was a solid overview with an accent on the sex.”
Dominic Maxwell, The Times

“A resolutely fibrous plod through the life and works of the author, which made me feel like I was at school again, desperately taking notes. Every now and then a Methodist-looking professor in a shirt would pop up to quietly talk about sexual anguish or Freudian psychological despair, but, as if afraid of its own racy subject matter, the film took on the air of a Victorian schoolmaster daring his class to snigger at the rude bits in The Bible. Never has passion been rendered so passionless. If ever a documentary needed to borrow a bit of oomph from its subject, it was this one.”
Chris Bennion, The Telegraph

“Though none of the gag-telling celebs was particularly funny, this has been a successful two-parter. Comedy tips from mentors Jason Manford and David Baddiel would be valuable for any beginner, or even a best man planning a wedding speech. Channel Four has accidentally hit on a format that can be endlessly recycled.”
Christopher Stevens, Daily Mail

Luxury Holidays: How to Get Away This Year, Channel 4

“I can only imagine Luxury Holidays: How to Get Away This Year being watched by people who enjoy having their noses rubbed in excrement. What is the point of this show? Why bother making it? You can’t go on holiday now. You probably won’t be able to any time soon. This programme should be called Can You Go On Holiday? and it should just consist of the word ‘No’ lingering on the screen for an hour, interrupted only by advertisers trying to distract us from the fact we can’t go on holiday.”
Stuart Heritage, The Guardian