“If it is a metaphor for American imperialism, then it is an effective one, but if it is an attempt to fluff up the romcom for the streaming age, then it falls over on its six-inch heels” 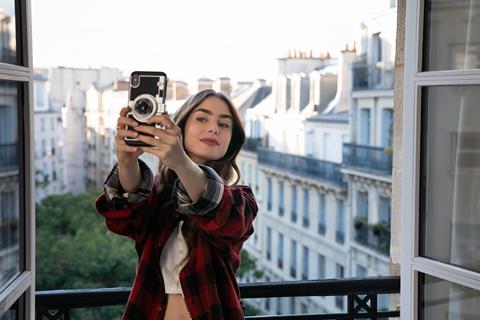 “This comedy-drama – although it is light on both – is a vehicle for Lily Collins to waltz around Paris in fabulous clothes, refusing to speak French, largely expecting to be seen as adorable for it. If it is a metaphor for American imperialism, then it is an effective one, but if it is an attempt to fluff up the romcom for the streaming age, then it falls over on its six-inch heels.”
Rebecca Nicholson, The Guardian

“There was no mention of Katie Hopkins. Anyway, it was no loss because when it comes to bigheads, show-offs and people with splendidly appalling personalities The Apprentice has a very rich bank on which to draw. I enjoyed this more than the regular programme, which is so drawn out with so many tedious tasks that I usually can’t get past episode two.”
Carol Midgley, The Times

“There is a certain fakeness to First Dates that you can’t help but notice. But every time you started to feel you’d been had, the show gave you something heartwarming. It was touching to see Aaron and Jess happy together; dancing queen Donna may not have seen a future with fitness instructor Selvin, but they had a fun night out.”
Anita Singh, The Telegraph

“This was a largely low-key return for a show that usually supplies some big revelations over dinner. We expect daters to turn up with stories of tragedies or catastrophic embarrassments in their past love lives, but there were few shocks for much of the hour … just cringeworthy moments.”
Christopher Stevens, Daily Mail

“The filmmakers obviously know that in the lives of these strangers, who are out for one night of celebration, there’s a wealth of good material. But it’s wasted. Most of the time, the cameras are following the staff as they set up Mad Hatter’s tea parties or stage pop festivals on the roof. Behind the crazy facade, it’s decidedly boring and corporate. All the perky music on the soundtrack cannot disguise that.”
Christopher Stevens, Daily Mail