Fake or Fortune?; The Walk That Made Me; Morecambe & Wise: The Lost Tapes

“This episode proved a prime example of what Fake Or Fortune? does best.” 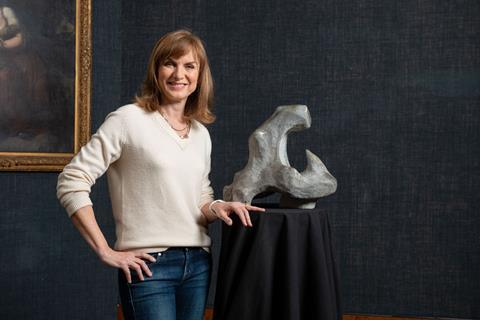 “This episode proved a prime example of what Fake Or Fortune? does best, which is to encourage us to take an interest in an artist whose work might never have appealed. You still want to know whether it’s worth a million. But the show does also shine a forensic light on the less generous side of our natures.”
Christopher Stevens, Daily Mail

“The foundation of the show’s success is really that it takes the best bits of Antiques Roadshow and boils them down to their essence: an interesting object, a little art history lesson, one family’s story and the central question of whether this is going to make them very rich indeed.”
Anita Singh, The Telegraph

“As usual, the human stories discovered through archive research were far more interesting than the high-tech investigations into the artwork’s provenance. Flashes of humour came from the various euphemisms everyone came up with to describe the work’s unmistakably phallic spike. The programme’s makers are dab hands at ramping up the tension – even if the script often becomes ludicrously camp. The story was very gripping. Who knew an old lump of weathered aluminium could be so emotive?”
Gwendolyn Smith, The i

“Fake or Fortune? is equal parts art history lesson, with Philip Mould from the Kevin McCloud school of purple prose, and an overly long segment from Antiques Roadshow, where we all stick around for the big reveal (how much?!).”
Joe Clay, The Times

The Walk That Made Me, BBC2

“Chris isn’t a natural with a selfie stick. Chin up like a promenading colonel, he seemed to be in danger of falling over backwards. But as he relaxed, he also slipped into melancholy. He became tearful for the dogs he had lost during his life, then began musing about where he wanted his ashes scattered. Then he plunged into the loneliness and misery of his teenage years, and revealed that he had sometimes thought of taking his own life. He wanted to discuss this, he said, in the hope it would give comfort to young people struggling with depression. I hope it does, too — though as a rule, the reminiscences of men aged 60 can’t ever seem relevant to teenagers, who think even a 30-year-old is a walking antique.”
Christopher Stevens, Daily Mail

“Predictably, he proved an exemplary guide, whether he was pointing out a majestic blackthorn tree or reciting Dylan Thomas’s poetry. His use of a handheld camera made for a delightfully intimate hour, where all you could hear apart from Packham’s amiable commentary was birdsong and the bubbling river. Yet the show also encompassed darker subjects. This was a transporting and poignant hour of television.”
Gwendolyn Smith, The i

“The programme used the Gogglebox format as a prism through which to view the recovered episode, with Morecambe’s family, including son Gary, sister Gail and mum Joan (Eric’s wife), as well as celebrity fans, watching and commenting from the comfort of their sofas. This was a nice touch (the family reminiscences, especially), but really it was all about the sketches and there were lots of them, all brilliant, crammed into half an hour.”
Joe Clay, The Times

“There in grainy black and white were sketches not seen for 50 years. Of course, some of them were familiar: Eric’s paper bag trick, Eric appearing from behind the curtain. But there were plenty of others – of variable quality, if we’re honest, but still better than most British comedies on TV today. The bits of the programme in which celebrity fans watched these sketches occasionally felt a bit forced. But you could forgive that, and just enjoy the classic moments.”
Anita Singh, The Telegraph