Famous and Fighting Crime; The Making of Me; Under the Wire

“It was absorbing, full of warm camaraderie and made for a fascinating insight into the realities of modern policing” 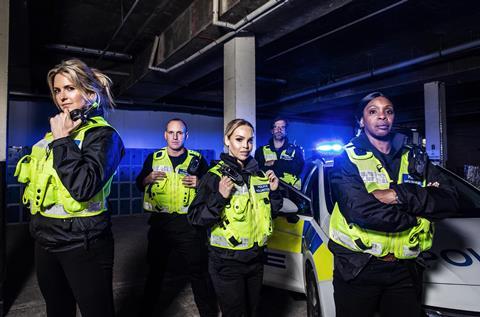 “Famous and Fighting Crime was more arresting and less formulaic than it sounded. Though this might not have been TV to break any moulds, it was absorbing, full of warm camaraderie and made for a fascinating insight into the realities of modern policing.”
Michael Hogan, The Telegraph

“Some of the celebrities hammed it up for the camera, as reality TV requires, and naturally we saw Rod Facetiming Penny (imagine the producers high-fiving over that smattering of stardust). But as these shows go it’s different, and at least we don’t have to see any of them in a chuffing sarong.”
Carol Midgley, The Times

“Floundering around on the beat, every one of them was wasting police time and resources. The show’s only value was as a recruitment device. Plenty of people might feel inspired to don the uniform after watching brave, highly competent Special PC Aga Strykier calm an angry, violent man with patience and good humour.”
Christopher Stevens, Daily Mail

The Making of Me, Channel 4

“A simple, affecting series following nine people, and those who love them, over three years as they transition. It’s a masterclass in how to be a loving and supportive family or friend to a trans person. This simple approach is respectful and requisite in inflammatory times.”
Chitra Ramaswamy, The Guardian

“Made over the course of three years this was a sensitive documentary in which the filmmakers wisely stood back, allowing the participants, their friends and their families to speak for themselves. The results were brave, honest – and complicated.”
Sarah Hughes, The i

Under the Wire, BBC4

“There have been many types of tributes to the exceptional Sunday Times war correspondent Marie Colvin, but none has placed the viewer so viscerally, excruciatingly and bloodily at the heart of the relentless shelling of the Syrian city of Homs, which killed Colvin in 2012, as Under the Wire. There was not a beat of Christopher Martin’s film that was not totally consuming.”
Carol Midgley, The Times