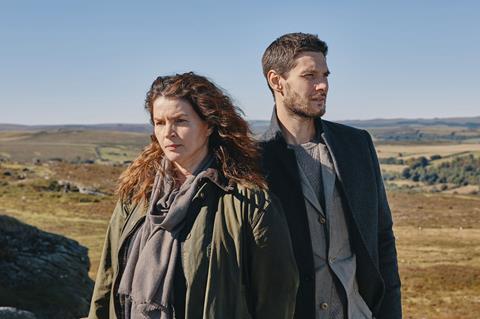 “Works beautifully as a soapy drama that promises to be full of twists and turns but emotional and psychological substance too.”
Lucy Mangan, The Guardian

“It was refreshing to see an older woman taking risks, being recognised as a sexual being and feeling ‘seen’ for the first time in decades. But too often the script fell back on hammy cliché. Even more implausibly, characters used Bing as their search engine rather than Google.”
Michael Hogan, The Telegraph

“The Isle of Wight scenery of chalk cliffs and rolling fields looked ravishing. Performances were winningly naturalistic while proceedings bounced along to a jaunty Belle & Sebastian soundtrack.”
Michael Hogan, The Telegraph

“The Cockfields is a new laugh-at-the-in-laws sitcom that you think will go for Meet the Parents farce, but turns out to be a bit mushier than that. Still, the writers, Joe Wilkinson and David Earl, know to keep a steady flow of excruciatingly observed details coming.”
James Jackson, The Times

“Middleton used the splendour of the great outdoors as part of his seduction technique to prise out some innermost secrets. It partly worked, but would have been more successful if Middleton hadn’t been outflanked by Payne’s straightforward willingness to talk about himself.”
Adam Sweeting, The i