“Grand Designs returned for its 21st series with a glorious episode” 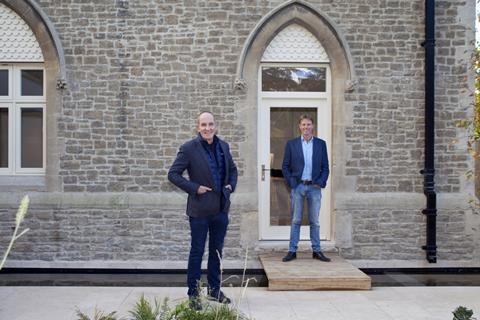 “Grand Designs returned for its 21st series with a glorious episode. It was possible to judge the sanity of the project simply by turning the sound off and observing Kevin McCloud’s facial expressions. They ran the gamut from ‘Are you sure that’s entirely wise?’ to ‘What the hell are you doing, man?’ The end result was a beautiful house.”
Anita Singh, The Telegraph

“Everything that could go wrong, did. Grand Designs isn’t a farce, but it certainly felt like one last night. It was hard not to wonder whether the end result was worth the stress and empty pockets. Great TV though.”
Emily Baker, The i

“What could go wrong? It’s the question that makes Grand Designs so watchable, the promise of hubris among the rubble, of ambitions made of steel and glass, weakened by human folly. I would watch a compilation of Kevin McCloud’s attempts to suppress any sort of facial response to the wildly gung-ho plans and financial implications laid out every few minutes.”
Rebecca Nicholson, The Guardian

“Firmer Scots Guards captain Justin Maxwell-Stuart seemed pretty hopeless with money and — what a surprise — the pandemic didn’t help matters. Yet you wanted him to succeed because any sliver of good news is welcome to us these days, especially the sight of someone being so happy while becoming so much poorer.”
Ben Dowell, The Times

“Worsley acted a bit like a St Trinian’s girl left in the dorms on a rainy day while all the others were on exeat. She had a ball and while her TV ubiquity may puzzle or irritate some, such passion is undeniably impressive. She’s the most unembarrassable person on TV which, in its way, is admirable. And what’s more thrilling and vaguely naughty than an after-hours private tour of extraordinary places?”
Ben Dowell, The Times

“With no one around to see her, she flung herself into the costume box and indulged her love of dressing up to the limit. The yearning on her face, when she unwrapped the midnight blue velvet dress that Princess Diana wore to the White House in 1985, was palpable. Dr Lucy had most fun at the Tower, where she fed dead mice to the ravens, and dressed as Anne Boleyn on the day of her execution.”
Christopher Stevens, Daily Mail

“Why was this hour-long film so boring? At one point, we were taken to the room in Kensington Palace where Worsley had her first job interview for chief curator. I was left wondering who on Earth would care. Worsley attempted to zhuzh up proceedings with her usual dressing up and childlike excitement, which is usually charming when coupled with a more specific, arresting story to tell. Here, it felt condescending, as though the programme had been accidentally scheduled for primetime BBC Four when it should have been a CBBC special.”
Emily Baker, The i

“The only dressing-up involved was a hard hat and high-viz jacket. Nothing frivolous here, not even the show’s title. It was, though, a lively, off-beat look at modern history.”
Christopher Stevens, Daily Mail

Gordon Ramsay’s 24 Hours to Hell and Back, Channel 4

“It was 2004 when Ramsay launched Kitchen Nightmares, which at the time seemed like great TV. Seventeen years on, it’s amazing to find that the formula hasn’t changed. There was something grimly fascinating about seeing the horrors lurking in Lowery’s kitchen, just as there is in those series following environmental health officers around dodgy takeaways.”
Anita Singh, The Telegraph