Hard to Please OAPs; Run for Your Life; Your Home Made Perfect; Surgeons; Trust Me

“It would be easier to chuckle along if the whimsy didn’t feel manufactured to the point of being patronising.” 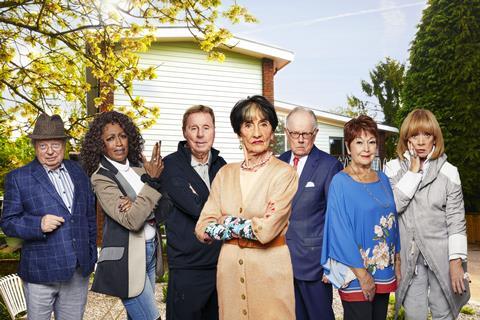 “There’s little not to like about the premise of ITV’s continuing comedy Hard to Please OAPs, in which elderly celebs show commonsense disdain towards faddish modern gadgets. Who doesn’t agree with them on that? However, it would be easier to chuckle along if the whimsy didn’t feel manufactured to the point of being patronising.”
Jamie Jackson, The Times

Run for Your Life, ITV

“It was difficult to escape the sense that this was television as social work, and some of it sounded too much like management jargon or self-motivational hyperbabble for comfort.”
Adam Sweeting, The i

“This country’s obsession with food is becoming deranged. The mania has taken such a hold of one couple’s life, featured on Your Home Made Perfect, that they converted almost the entire ground floor of their detached house into a kitchen. The big selling point in this series is the computer graphics, with ‘virtual reality’ animations showing us how the conversions could look. But what’s the purpose of all that technology, if all we can think about is our stomachs?”
Christopher Stevens, Daily Mail

“The care these doctors take, to press for expensive procedures that could change the lives of people who are suffering, is heartening, and the show itself takes a more philosophical and measured approach to what suffering means and the value of a person’s quality of life. It is not pretty, or easy to look at, but it is quite awe-inspiring.”
Rebecca Nicholson, The Guardian

“Despite its half-light of delirium Trust Me hasn’t yet fallen apart into full-on lunacy. Indeed, it’s holding up well as a queasy thriller, although one of those ‘Next time …’ trailers at the end credits suggested that this could go either way.”
Jamie Jackson, The Times