Home; Britain’s Most Expensive Home: Building for a Billionaire

“The charm of the show is the way that it makes serious points with low-key humour.” 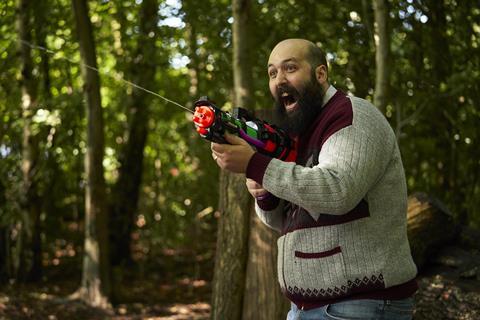 “The charm of the show is the way that it makes serious points – about the life-or-death situations that force people to flee their homes, and about the Home Office’s impenetrable asylum claim system – with low-key humour.”
Anita Singh, The Telegraph

“Last night’s opener was a reminder of Rufus Jones’s creativity in taking the refugee crisis and turning it into a sitcom. Tasteless as that sounds, it really isn’t. Humour has proved a fine way to humanise the plight of the refugee while also satirising it.”
Carol Midgley, The Times

“The first series was a true delight: a slow burner, drawing you in with its clever jokes, leaving you bawling by episode four, and researching refugee-hosting charities by the finale. Series two kicked off in more dramatic form, and with less of a balance between humour and seriousness.”
Barbara Speed, The i

“This is a breathtakingly pious sitcom with slabs of ghastly dialogue. Bad comedy on telly is hardly unusual, but it’s rare to see something so dreadful it’s actually nauseating.”
Christopher Stevens, Daily Mail

Britain’s Most Expensive Home: Building for a Billionaire, Channel 4

“Many (me included) will have felt queasy that such obscene amounts of money were being splashed on a second home a spit away from where people sleep on pavements. Yet Caudwell, a philanthropist who sold Phones 4U for £1.5 billion in 2006, was renovating it to hold top-notch charity balls.”
Carol Midgley, The Times

“It was hard to watch this £68m renovation and feel anything but disgust. The narrator assured us that John wanted to spend so much on the house is in part to attract a better quality of guest to his yearly charity ball. The charity itself states that the ball brought in £1.5m in donations which equates to 2.4 per cent of this renovation project. The documentary, like Caudwell, had remarkably little self-awareness.”
Barbara Speed, The i

“Charity can’t disguise this rampant ostentation. Every room delivers a monstrosity greater than the last, from the ‘river’ running like a gutter through the dining room, to the mirrored nightclub dancefloor. The documentary would have been seven times better if someone had challenged John’s delusions of grandeur.”
Christopher Stevens, Daily Mail