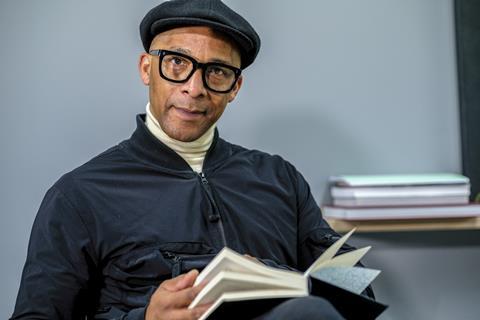 “Jay Blades: Learning to Read at 51 was a wonderful documentary, the furniture restorer revealing that he kept his problem a secret from colleagues at The Repair Shop for three years, blagging it when he couldn’t read scripts and briefing notes. Watching this man who can create miracles with his hands baffled by the word ‘egg’ was a portal into how chaotic the world must seem to someone with severe dyslexia, with signage and writing absolutely everywhere.”
Carol Midgley, The Times

“The punchy directness of the Repair Shop presenter and furniture restorer kept things lively. It is fascinating, for those of us lucky enough to have been successfully taught at a young age, to see the learning process anew. It’s a fine, tightly focused look at the many interdependent causes of illiteracy, and its effects, with unusually honest appraisals of them from Blades (who seems constitutionally incapable of flannel) and contributors.”
Lucy Mangan, The Guardian

“Criticism of celebrity-led documentaries is valid. However, sometimes it works, as in Jay Blades: Learning to Read at 51. Because it was startling to see this man, who appears so fluent when appearing as a presenter of The Repair Shop, staring at the word ‘egg’ on a flashcard and finding himself unable to identify its first letter. The programme also acted as a profile of Blades, and it was moving to hear him talk about his childhood, from which he said love and care were absent.”
Anita Singh, The Telegraph

“Learning to Read was a fierce rebuke to a rotten status quo, yet the show never wavered from the personal story at its core. As it drew to a close and Blades read his daughter, 15-year-old Zola, a bedtime story for the first time in their lives, it was hard to feel anything but admiration.”
Emily Watkins, The i

“This one-off show needed more emphasis on the eight million adults in Britain who also have difficulty reading. It did at least broach the topic. Now that needs more open discussion.”
Christopher Stevens, Daily Mail

“The most surprising thing was how boring this documentary was. It was like any other daytime DIY show, save for the fact that it was a former glamour model with a bizarrely lineless face saying repeatedly that she wanted the dark wood made lighter because it was ‘triggering’ and saying ‘chimley’ instead of ‘chimney’. How she was affording it all, having been declared bankrupt in 2019, wasn’t covered.”
Carol Midgley, The Times

“The tone was so fawning that Kim Jong-un’s people are probably on the phone right now, asking Channel 4 if they can get the fly-on-the-wall treatment. Price made a decent documentary for the BBC last year about caring for a disabled child on the brink of adulthood. That had value. This programme does not. It is simply a vehicle for Price to attempt some image rehabilitation for the umpteenth time.”
Anita Singh, The Telegraph

“At no point in this hour was a word breathed about any repossession order hanging over the £1.35 million property in West Sussex. There was no mention either of her arrest last September for driving under the influence of drugs and drink. I’ve always admired Katie Price for shining a spotlight on the serious disabilities suffered by her oldest son Harvey, who is autistic. But she seems completely unable to face the financial chaos she has caused and its implications for her children.”
Christopher Stevens, Daily Mail

“While it didn’t feel unambiguously brilliant to be televising the upswing of someone’s lowest ebb, the tone landed on the right side of ‘human’. Shots of Price in her monogrammed, diamanté-studded hard hat felt like more than just entertaining footage: rather, a suggestion that, piece by piece, room by room, Katie Price herself is rebuilding.”
Emily Watkins, The i