“This is warm and welcoming drama and, despite its long-ish absence, its characters feel instantly familiar again” 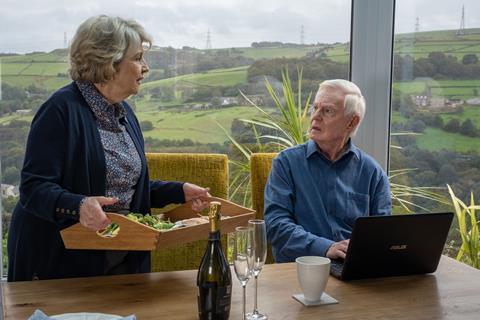 “Television may often favour the ballistics of Line of Duty or the tense unravelling of a true crime drama, but this gentle, quietly pioneering show (no other series offers lesbian and elderly representation quite like Last Tango) feels like a warm hug. It’s good to have it back.”
Emily Baker, The i

“This is warm and welcoming drama and, despite its long-ish absence, its characters feel instantly familiar again. To pick it up after three years is like checking in with old friends. It is far less sentimental than it looks, and it raises the kinds of questions about family and domesticity – how much is compromise, and how much is a slog? – and also morality that demand more than just a passing consideration.”
Rebecca Nicholson, The Guardian

“Last Tango in Halifax has been rightly praised for putting older people on screen and giving them rich emotional lives, but its appeal is far greater than that. Wainwright has a knack for understanding what folk think and feel, and translating that onto the screen with characters who feel absolutely true.”
Anita Singh, Telegraph

“Once it had shaken off the cobwebs and got stuck into the wider, strained family dynamics it found its mojo and we were back in business.”
Carol Midgley, The Times

“A conventional, single-location sitcom that doesn’t have funny bones, because it doesn’t have bones at all.”
Jack Seale, The Guardian

“It’s amiable and entertaining enough, if unlikely to become one of the most-watched TV shows of all time like [David] Schwimmer’s previous sitcom.”
Michael Hogan, Telegraph

“This set-up couldn’t be simpler. We meet the families and watch their holidays: it is undemanding and entertaining.”
Christopher Stevens, Daily Mail