“While the past two seasons got progressively darker, they also tended to sag in the middle episodes, and that has never been more true than here” 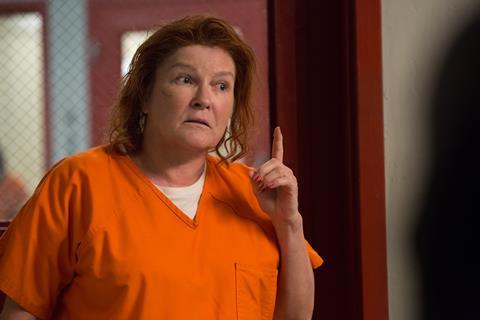 Orange Is the New Black, Netflix

“While the past two seasons got progressively darker, they also tended to sag in the middle episodes, and that has never been more true than here. Once the shift to maximum security has been established, we’re back in the rotating cast of quips and menacing snarls – it’s often messy and uneven.”
Catherine Gee, The Telegraph

“The new season’s biggest strength comes from not only wrestling with whether or not good and evil are innate, but from its careful consideration about how a system where punishments are doled out seemingly randomly, and where goodness often goes unrewarded, can possibly offer inmates an actual fighting chance to grow and change.”
Arielle Bernstein, The Guardian

“So why did this worthy show slightly disappoint? That terrible title was its first problem. The series debuted last spring as The Big Life Fix but now bolted on three extra words as an unwieldy botch job. Narration by fresh-faced adventurer Simon Reeve was overly literal and patronising, more like a schools programme than a prime-time production for grown-ups, while the stories’ resolutions simply felt rushed.”
Michael Hogan, The Telegraph

“On the whole this opener to series two was pretty good, largely thanks to Nick Frost as the useless Dr Glennis and Dustin Demri-Burns as Will_5000. The show could be funnier still if it dialled down the slapstick a touch and tightened the script.”
Carol Midgley, The Times

“Ruth Madeley was a warm screen presence, wry with an accessible approach. Personal resonances were everywhere.”
Michael Hogan, The Telegraph

“To prevent herself from taking another tumble, Eve sometimes stands stock still and stares into the distance, while her theme song plays. This gives the drama a peculiar stop-start quality: the plot gallops along, with shocking new twists every other scene … until it’s time for Eve to have a daydream.”
Christopher Stevens, Daily Mail