“Clever, witty, and oddly given the content, sometimes rather innocent and charming” 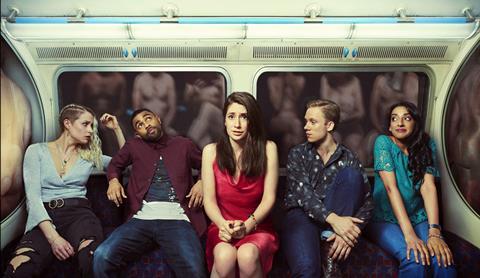 “It is clever, witty and, oddly given the content, sometimes rather innocent and charming. This is largely down to Charly Clive, who plays Marnie with great sympathy. Some people will hate it, of course, but I found it an interesting meditation on the brain fixating on what it shouldn’t.”
Carol Midgley, The Times

“It’s funny, grotesque and disorientating. And, in 30 minutes, it removes as much stigma as it does clothing.”
Helen Brown, The Telegraph

“This series is startlingly bold in subject matter and perhaps the most subtle portrait of the isolation of living with a secret (and taboo) mental health problem I have ever seen. It is dark, but it’s absurd, too, and hilarious. Writer Kirstie Swain has done a terrific job.”
Sarah Carson, The i

“It can only add valuably to our knowledge, and increase our capacity for nuance when seeking to understand the myriad ways our minds can malfunction and trap us in a hell of our misfiring neurons’ own making. That it can do this while making us laugh with Marnie, and never at her, is barely short of a miracle, but that is what it is. Pure brilliant.”
Lucy Mangan, The Guardian

“If you heard a strange noise during last night’s episode of Danny Dyer’s Right Royal Family, it was possibly the pips squeaking. The BBC managed to wring yet another hour out of Dyer’s royal ancestry, but only just. Oh, but I’m being churlish. Dyer is a likeable sort and this was actually quite amusing, although much of the history covered was done better by Horrible Histories.”
Carol Midgley, The Times

“What a relief that the second half of his Right Royal Family was such a treat: where the first felt like a gimmicky fancy dress tour this offered real historical insight and embraced the impossible ridiculousness of Dyer’s regal lineage.”
Sarah Carson, The i

The Truth About Antibiotics, BBC1

“The simplistic visual metaphors used to make the point in this smart documentary may have felt patronising to more clued-up viewers. But if a few slow-motion shots of bowling balls missing pins help hammer home the point then I’m all for it. Especially as they accompanied Angela Rippon’s scalpel-sharp sentences.”
Helen Brown, The Telegraph

“It got so bleak that I longed for the News At Ten and a bit of daily chaos and catastrophe to lighten the mood.”
Christopher Stevens, Daily Mail