“This was a documentary that felt like a thriller” 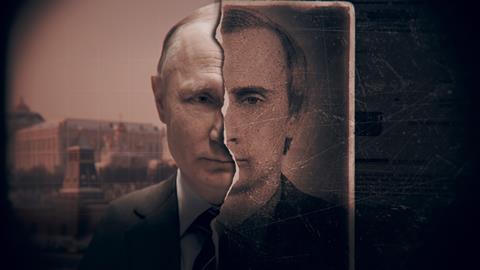 “This profile of Putin’s incredible rise from “schoolyard thug” and “dry, humourless man of small stature” to president of Russia was in turns mesmerising and terrifying. This opener to a three-part series was compelling, intelligent and, best of all, gimmick and dumb-down free. The final part was in itself a mini stage play. A frail, slurring Yeltsin tried to call his protégé on election night to congratulate him, but, sadly, was “screened” and not put through. Putin never called him back.”
Carol Midgley, The Times

“The three-part documentary series features interviews with those who have worked with him, those who have known him well and those who have run up against him. Some, including Boris Yeltsin’s daughter Tatyana Yumasheva, are speaking on UK television for the first time. The most chilling voice to grace this documentary is Putin’s own: prosaic, earnest, flatly recounting his story in his peculiar, dull-but-still-untrustworthy manner.”
Tim Dowling, The Guardian

“His prowess at judo brought him to the attention of the security services and saved him from a life of street crime — but to be accepted into the KGB he had to be married. He chose a local girl called Lyudmila…and then had his friends try to tempt her onto dates, to test her loyalty. This was a documentary that felt like a thriller.”
Christopher Stevens, Daily Mail

“One of the most interesting aspects was the spotlight on the detailed work of the specialists involved in proving the case, and the passion each held for their subject. What was unclear was why we were being shown this film now. The High Court case was 11 years ago. But what shone through was the strength of the mothers, who were finally having their stories heard.”
Anita Singh, The Telegraph

“Much of this story, exposed by The Sunday Times, may have been familiar, but here, forensically packaged including interviews with the affected children who are now adults, it was a compelling Erin Brockovich-esque tale set in Northamptonshire.”
Carol Midgley, The Times

“The camerawork was a distraction, constantly zooming in on details such as missing fingers or a lawyer’s colourful braces. All the facts were present but too often with a sense of professional detachment, as if the passion was lacking.”
Christopher Stevens, Daily Mail

“So, farewell to which bowed out after three perfect series. This is a show you either get or you don’t; for every person who loves it, there is another baffled by its popularity. The tedium is part of the comedy and usually nothing much happens, but in this finale there was a bombshell.”
Anita Singh, The Telegraph