Rise of the Clans; Lockerbie: The Unheard Voices; Mrs Wilson

“A superbly vivid account of how bloodthirsty Scottish tribes joined forces in the early 1300s to drive out the English.” 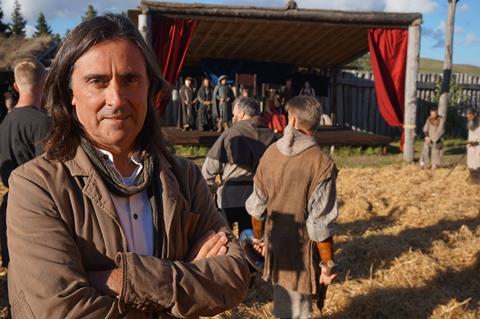 Rise of the Clans, BBC4

“As claymores fell on necks and daggers entered innards, the sound-effects people had fun finding novel ways to create the biggest squelches. It would be easy to mock the dramatic reconstructions, as critics like to do, but in truth they made Rise of the Clans a more rugged, forceful hour altogether.”
James Jackson, The Times

“A superbly vivid account of how bloodthirsty Scottish tribes joined forces in the early 1300s to drive out the English. This was a low-budget retelling, but it made good use of a platoon of extras and re-enacters.”
Christopher Stevens, Daily Mail

“It laid out the basic story well enough. But it was hard to escape the feeling that there was probably a reason some voices had gone unheard for the past 30 years. The accounts from some of the airline staff diluted rather than illuminated the profound suffering elsewhere. Other information was also dealt with too sketchily, distracting from the main approach without informing it.”
Lucy Mangan, The Guardian

“It felt downright ghoulish to be gripped by such an hour of heartbreak and horror. Yet, as a documentary, the most unusual element was hearing from those who, for whatever trivial reason, didn’t make the ill-fated flight.”
James Jackson, The Times

“If Anna Symon, the show’s writer, has a point beyond the grisly particulars of Alison Wilson’s marriage, it’s that nothing is so dark and delicious as the secrets that accumulate around family. That, in itself, is hardly a bombshell. But the thriller spun from these unhappy raw materials remained quietly mesmerising.”
Ed Power, The Telegraph

“This dark little three-part drama of secret lives and family lies did not advance much in the middle episode. The standout scene was a clash between Ruth and Dorothy — played with a tearful, broken pride by Keeley Hawes. Fiona Shaw as Coleman, the chain-smoking, spinsterish spymistress, was superb, too.”
Christopher Stevens, Daily Mail