School; I’ll Get This

“Will drag you out from behind the bikesheds and into the depressing reality of the classroom.” 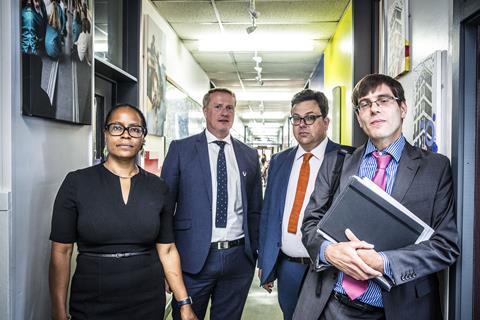 “If anyone remains undecided as to whether the academisation of our schools has distinct benefits or is an unequivocal disaster amounting to the unscrupulous outsourcing of our schools to corporations driven solely by profit, School will drag you out from behind the bikesheds and into the depressing reality of the classroom.”
Chitra Ramaswamy, The Guardian

“The documentary did include a couple of throwaway scenes, such as a Head of Year’s emotional farewell to a favourite class, which made engaging TV. Mostly, though, this was a nakedly political statement, more of a tub-thumping video for the National Union of Teachers than a serious analysis of British education.”
Christopher Stevens, Daily Mail

“School showcased a system toiling in a morass of budget cuts and dwindling morale — your Tuesday night anti-escapist viewing sorted. It was, of course, sharply important, too. This was a bit more than some whinge about austerity.”
James Jackson, The Times

“A new game show you could well imagine being dreamt up by TV executives enjoying a meal at a fancy restaurant. If it was further proof that watching others’ fun is less fun than taking part, there were, at least, some ideas for dinner-table games on Christmas Day.”
James Jackson, The Times