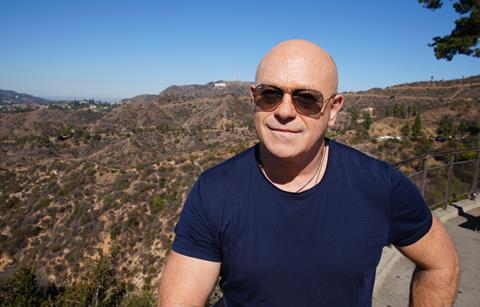 “Searching for Michael Jackson’s Zoo with Ross Kemp was an unwieldy title for an excellent documentary. I presumed this would be Kemp scooting round America frowning manfully as people told him that Jackson’s collection of wild animals, which he treated like disposable toys for his own amusement, were long dead. It instead evolved into a gripping exposé of Jackson’s hypocrisy and animal cruelty.”
Carol Midgley, The Times

“I imagine that Kemp has an unsung team of researchers helping him out on programmes such as these, doing the hard graft of tracking down the interviewees and persuading them to talk. Yet Kemp does have a talent as an investigative reporter. He is a good interviewer: asking the right questions, knowing when to interject and when to hang back. He treats his subjects with fairness and honesty.”
Anita Singh, The Telegraph

“With a new host in Sara Pascoe (replacing Joe Lycett) and a new home in a former wool mill in Leeds, the opening episode of the eighth series certainly tried its best to feel new. Inoffensive and cheerful, The Great British Sewing Bee isn’t groundbreaking television. But nor does it pretend to be, instead choosing the gentle path of celebrating a homegrown skill.”
Emily Baker, The i

“Is it just me or is The Great British Sewing Bee in danger of losing some of its simple, unaffected charm by including more of the contestants’ backstories, so that it becomes like any other dreary reality competition show? It has already lost Joe Lycett as a presenter who, with his ‘puckered cleavage’ double entendres, was one of the highlights. Sara Pascoe, in fairness, is an amiable replacement for Lycett.”
Carol Midgley, The Times

“Among all the tests of domestic dexterity that the Beeb has tried since stumbling on success in 2010 with Bake Off, the Sewing Bee is surely the most charming. But that doesn’t mean it isn’t crammed with moments of low-key tension, as a stitch frays or a needle snaps. Certainly, these identikit shows betray a depressing lack of variety and imagination at the Beeb. But at least the same wasn’t true of our 12 new needle-wielders, who set a high standard from the off.”
Christopher Stevens, Daily Mail

“As a survey of colourism, Beauty and the Bleach feels somewhat incomplete. As an evocation of the racist trauma this country has bestowed on so many, it is both damning and completely devastating.”
Rachel Aroesti, The Guardian

“Intensely personal and wide-ranging, this was a fascinating, tender and moving insight into the real pain that colourism can cause.”
Emily Baker, The i

“Alan Carr and judge Michelle Ogundehin could have wrapped it all up nicely with the final four contestants. But to have just two left standing meant we dwelled too long on the details of their bar-room conversions in Soho. The danger with a face-off between two finalists is always that one will be a runaway winner, robbing the hour of much of its tension — and that’s exactly what happened.”
Christopher Stevens, Daily Mail