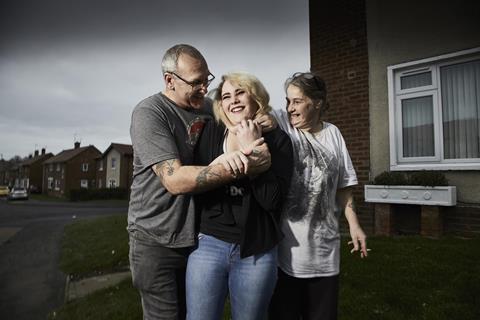 “It is an unflinching series that has the balls to take as its subjects a group of people far from instantly likeable and record the fallout from the new system and implicitly pose the question: how much of its dysfunctionality derives from incompetence and how much is actually by design?”
Lucy Mangan, The Guardian

“Skint Britain: Friends Without Benefits demonstrated unstintingly what utter misery this welfare payment brainwave is causing while the government flails over Brexit.”
Carol Midgley, The Times

“Skint Britain was a one-sided programme with a point to make – but made it well. And it gave us a gritty portrait of British life at the margins which will be hard for anyone who saw it to forget.”
Terry Ramsay, The Telegraph

The Real Marigold on Tour, BBC1

“It’s mystifying that this overboiled series keeps being recommissioned with the same old faces when the final product is often unremarkable and sometimes dull. Miriam Margolyes didn’t want to do an awful lot. But this episode would have died on its arse without her. She is the only one funny enough and rude enough to inject energy into the show.”
Carol Midgley, The Times

“The Russkies may have intercontinental ballistic missiles and Novichok nerve agents, but we’ve got Miriam Margolyes. The 77-year-old ball of fire was exploring St Petersburg in The Real Marigold On Tour with a bunch of chums, and causing havoc at every step.”
Christopher Stevens, Daily Mail

“When The Real Marigold Hotel started three years ago, it seemed likely to be a one-hit wonder. But it left India, went on tour, is now back for its sixth series overall and – like its participants – shows no sign of fading away.”
Terry Ramsay, The Telegraph

“While I find Russia endlessly fascinating and was pleased to learn a few things about it that strayed far from the usual shots of the Kremlin and matryoshkas, the group’s chemistry wasn’t the most entertaining. They neither got on like a house on fire nor clashed enough to make for any real moments of conflict.”
Sarah Carson, The i