“Starstruck offers that delightful viewing experience where you realise afterwards you’ve had a massive grin on your face the whole time.” 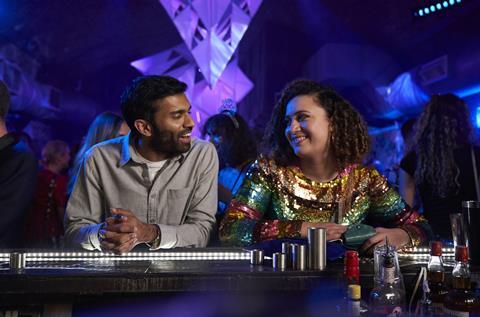 “Rose Matafeo is a likeably goofy heroine as Jessie and it’s very watchable, whipping along in half-hour episodes. It’s also a lovely celebration of friendship, between Jessie and her flatmate, Kate.”
Anita Singh, The Telegraph

“It’s a fantasy, but it’s one that feels grounded mostly because Matafeo and Nikesh Patel have the kind of zingy chemistry that Richard Curtis should siphon off and stockpile. Starstruck offers that delightful viewing experience where you realise afterwards you’ve had a massive grin on your face the whole time.”
Rachael Sigee, The i

“Once you are over the slightly improbable premise and a slightly flat first episode while everybody finds their rhythm in this fairytale-inflected Hackney romcom, there is a lot to enjoy. Matafeo’s timing is as immaculate as you would expect from an experienced standup. Patel pulls off his difficult role with aplomb. His chemistry with Matafeo and the consistently above-average, if never quite sparkling, script makes even the post-coital banter and flirtatious, conversational scenes work.”
Lucy Mangan, The Guardian

“Erica Whyman’s production was staged clearly and spoken with wonderful lucidity. If you missed Line of Duty for this, you got something that was commendably lucid, often inventive and fitfully enchanting on screen.”
Dominic Maxwell, The Times

Our Big MS Adventure, Together TV

“Our Big MS Adventure deserved a wide audience. A great deal was packed into this one-off, which needed to be longer. But for anyone coping with this cruel disease, it was a film packed with hope.”
Christopher Stevens, Daily Mail