Steph and Dom’s One Star to Five Stars; W1A

“The clapped-out format was just about kept afloat by the sheer force of the Parkers’ personalities.” 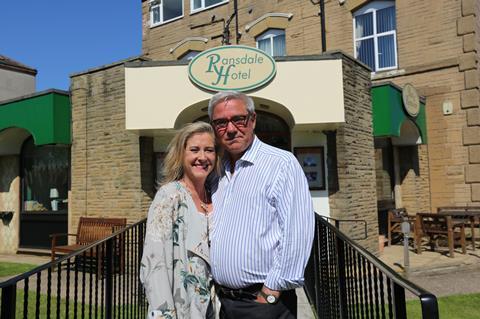 Steph and Dom’s One Star to Five Stars, Channel 4

“This was shamelessly formulaic fare in the vein of Four in a Bed, Alex Polizzi’s Hotel Inspector, Ramsay’s Kitchen Nightmares and countless other makeover-mission shows. The clapped-out format was just about kept afloat, though, by the sheer force of the Parkers’ personalities.”
Michael Hogan, The Telegraph

“So not unlike The Hotel Inspector on Channel 5 then? Not unlike is one way of putting it, blatant rip-off another. But this is more amateur, more bumbly, more Steph and Dom. And, ignoring their politics, I think I’d rather spend half an hour in the company of Steph and Dom than an hour with Alex Polizzi.”
Sam Wollaston, The Guardian

“The couple who ran the Ransdale Hotel were nice. Steph and Dom were nice. The rather strange guests were nice. It was all too nice to be remotely interesting. I’m not saying Steph and Dom should have duffed the couple up in a back alley, but if you’re going to make cheap TV shows like Steph and Dom’s One Star to Five Star, your one currency is conflict, a clash of worlds.”
Carol Midgley, The Times

“Surprisingly there was no backbiting off camera from either couple, and Steph and Dom’s attempts to improve the hotel were well received. In fact, the 25 minutes were so tame that I was rather longing for some more conflict. A bit more class war wouldn’t have gone amiss.”
Daisy Wyatt, The i

“For sheer stupidity, inviting grimy Steph and Dom Parker to spruce up a tatty bed-and-breakfast for a reality show is hard to beat. If you’re the owner of a struggling B&B, you’d be better off asking for tips from Basil Fawlty and hiring a waiter from Barcelona.”
Christopher Stevens, Daily Mail

“I love W1A, but last night, for the first time, it began to irritate. It was still beautifully observed as a critique of the inanity of the corporate meeting and there were still delicious performances from Hugh Skinner as Will and Jessica Hynes as the fatuous airhead Siobhan. But though W1A has been a shining jewel it feels right that this series is its last.”
Carol Midgley, The Times