“It was sobering to watch, chilling too, but it wasn’t as shocking as it was meant to be” 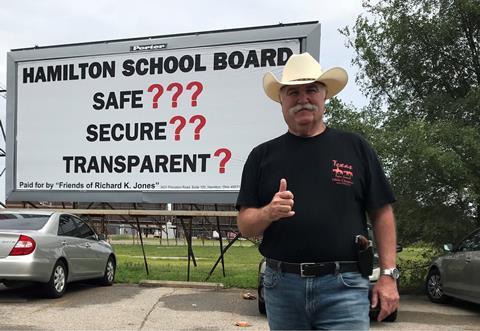 “It was sobering to watch, chilling too, but it wasn’t as shocking as it was meant to be – we’ve all seen some version of this idea before, may it be in President Trump’s tweets, the films of Louis Theroux or Jon Sopel’s dispatches on the BBC Ten O’Clock News. Twenty years ago, the notion that teachers might need to be armed, and to kill, would have been unthinkable. These days there’s very little left to shock in the USA.”
Benji Wilson, The Telegraph

“Certain documentaries both inform and enrage you, forcing you to keep watching even as you worry for your blood pressure throughout. That was certainly the case with Kira Phillips’ intelligent and searing Teachers Training to Kill.”
Sarah Hughes, The i

“It was an admirably restrained and fair-minded portrait of a town, county and nation under psychological siege in an ideological war.”
Lucy Mangan, The Guardian

“The level of access and the fact that politicians like nothing more than talking at great length about their vital role in history, meant that what could have been dull was shot through with electric anecdotes.”
Benji Wilson, The Telegraph

“The producers tried to give the programme the air of a John le Carre thriller, with typewritten captions flashing up to announce: ‘A forest deep in Saxony, Germany.’ No doubt Ken Barlow would have loved it.”
Christopher Stevens, Daily Mail

“In this cheerful assignment-cum-profile, he pootled around the nation, looking for Englishness in a country in the constant act of self-definition. Along the way, the programme was a selective overview of a career that started in 1958 with The Guvnors, a wonderful shot of young sharp-suited London roughnecks.”
Jasper Rees, The Telegraph

“It was occasionally funny, frequently charming and sometimes tragic as he ambled around England revisiting old haunts, including meeting someone who appeared in one of his photographs playing football on Scarborough’s beach decades before (you might have suspected this was a set up, but McCullin seemed genuinely surprised).”
Carol Midgley, The Times

“This was a gentle meander, with plenty of nuggets to be gleaned along the way. In finding himself, McCullin has shown us the world anew – as this beautiful film made repeatedly, gorgeously clear.”
Sarah Hughes, The i