“Even without the whiplash-inducing plot twist at the end, Sky 1’s virtually indescribable new drama was bona fide bonkers.” 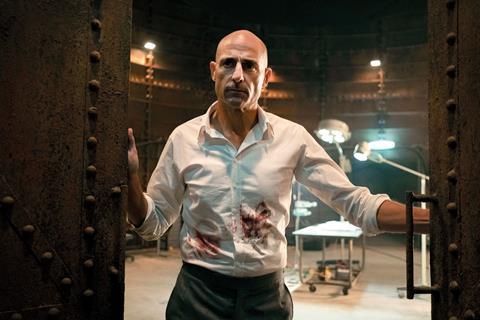 “Even without the whiplash-inducing plot twist at the end of episode one, Temple, Sky 1’s virtually indescribable new drama, was bona fide bonkers. Incredibly, though, Temple held together. Shows like Breaking Bad or Amazon’s underrated Patriot have shown that there’s no reason why farce, tragedy, comedy and grand guignol can’t co-exist in the same hour. Temple is not yet in their orbit, still teetering too close to plain daft, but it’s hard not to keep watching.”
Gabriel Tate, The Telegraph

“This is one of those programmes where it’s best not to look too closely at the many absurdities of the premise. But a top-notch cast play it straight. The script is tight and pacy. And director Luke Snellin creates a suitably surreal atmosphere from the landscape of tunnels, staircases and side doors that Tube travellers glimpse out of the corners of their eyes every day.”
Jeff Robson, The i

“Andrew Davies’s imagining of Jane Austen’s unfinished novel is shot nicely, with forbidden love between Georgiana and Otis and splendid Anne Reid as the ghastly Lady Denham getting all the good lines. Yet much of it feels as insubstantial as bellybutton fluff. To borrow from Geoffrey Boycott I couldn’t give a toss about the regatta or whether there should be a pagoda.”
Carol Midgley, The Times

“Whatever Austen might have made of her never-completed story, it almost certainly wasn’t this. At the halfway point, eight episodes feels a couple too many, and the seductive promise of those early episodes is being frittered away, subtlety sacrificed for show-and-tell.”
Gabriel Tate, The Telegraph

“This was clearly intended as a jolly puff piece. I was all up for it. Alas, it was not to be. What we got was an hour of boredom. There was not enough footage of chocolate being made and there was the assemblage of – with a few honourable exceptions – the dreariest selection of talking heads ever pushed before a camera.”
Lucy Mangan, The Guardian