Thatcher; The Blitz; Confessions of a Serial Killer; A Very British Sex Shop 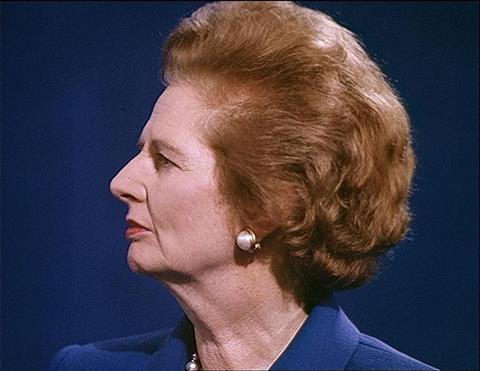 “The journey back in time was as interesting as the subject herself: this was a snapshot of the British political system and its players that feels quite familiar to now in its divisions but worlds away in its etiquette.”
Sarah Carson, The i

“Not much changes, and how bleak this reminder was from the BBC’s skilfully crafted and amusingly gossipy series Thatcher: A Very British Revolution. You can’t say this isn’t great TV, even if it does tell us that politicians learn nothing.”
Carol Midgley, The Times

“The triumph of this episode was to bring out the contradictions in ‘The Iron Lady’, while fixing her subtle shifts of public persona in rarely seen footage.”
Chris Harvey, The Telegraph

The Blitz: Britain on Fire, Channel 5

“As TV, it felt too reliant on a scripted narrative, but it effectively recreated the fear in a city braced for attack. The Blitz was no The World at War but it had resonant stories to tell.”
Chris Harvey, The Telegraph

“Instead of following each one from start to finish, Michael Buerk and his co-presenters, Angellica Bell and Rob Bell, kept switching from one to the next. With so much going on, it becomes difficult to keep track of the multiple threads. But perhaps that sense of confusion, destruction and terror is the most faithful way to describe the Blitz.”
Christopher Stevens, Daily Mail

Confessions of a Serial Killer, Channel 4

“This budget documentary, presented by Ben Zand, seemed impressed by claims that Little is the most prolific serial killer in U.S. history. Shot in an annoying style, with lots of zoom, wobble and blur, this was — as its flippant title suggested — a sadly shallow piece of film.”
Christopher Stevens, Daily Mail

“Ben Zand has a fresh, informal presenting style, which allows him to ask hard questions in a low-key way that gets answers. As he said, it tells us something that Little is probably America’s worst serial killer and most of us have never heard of him.”
Carol Midgley, The Times

“The fact that sex was involved appeared to discombobulate the makers to the extent that they were unable to decide whether they were making a cheery romp or drawing out the family’s problems beneath the surface. It ended up doing neither satisfactorily.”
Lucy Mangan, The Guardian