“It is what it is and you can’t fault it. It’s a satisfying knotty, plotty hour” 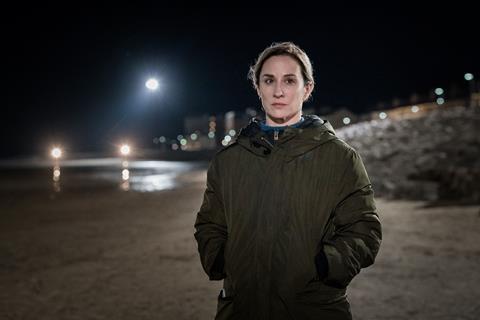 “The Bay is what it is and you can’t fault it. It’s a satisfying knotty, plotty hour. You believe in everyone and everything just enough to get by. In short, come on into The Bay. The water’s lovely.”
Lucy Mangan, The Guardian

“The tone and premise here is refreshingly different. It isn’t tied to aspirational homes and chichi restaurants, but working-class Morecambe, which makes a change. But the characters are strangely charmless. I’m not exactly gagging for more, but I am intrigued to see a lead heroine being quite so hard-faced.”
Carol Midgley, The Times

“Daragh Carville’s thriller did enough to suggest it’s worth sticking with over the next six weeks. He clearly knew his setting and there was a lot to like about an atmospheric opening episode. The question is, can Carville build on that creeping sense of dread and turn The Bay from promising into must-see?”
Sarah Hughes, The i

“The performances were excellent across the board and the family dynamics exquisitely rendered. Morven Christie carried the bulk of it, and she was so good at doing steely exterior with just a touch of flawed centre that she almost swept you past the gargantuan plot sinkhole that opened up after about 20 minutes.”
Benji Wilson, The Telegraph

“This could have been a gripping set-up if, for instance, exposure meant Lisa risked losing her marriage, her children or her home. Without that compelling threat, the drama lacked rationale. We were left with an unsympathetic central character putting her selfishness above the search for two missing teens. That’s not appealing.”
Christopher Stevens, Daily Mail

“Critical Condition avoids becoming formula TV by ignoring all the traditions of a fly-on-the-wall hospital documentary, and just concentrating on the operations. This is all full-on surgical action without the amusing banter between nurses or the twee clips of children in the waiting room, so much beloved by Channel 4’s 24 Hours In A&E.”
Christopher Stevens, Daily Mail