The Kemps: All True; Alex Brooker: Disability and Me 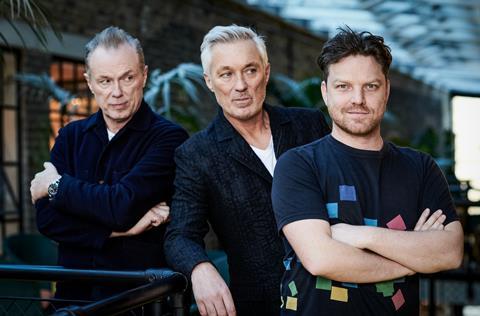 The Kemps: All True, BBC2

“I expected The Kemps: All True to be awful. And at times it was. More often, though, it was funny. Much funnier than it should have been. On paper it sounds desperate: a mockumentary about the brothers from Spandau Ballet in which Little Mix leave protest turds on the windscreen of their three-wheeler van. But the bits that worked, particularly when they sent up their real-life spat with the band’s lead singer, Tony Hadley, really worked; they were well written and well performed.”
Carol Midgley, The Times

“Since Christmas 2018, when the BBC’s fly-on-the-wall documentary Bros: After the Screaming Stops was an unexpected hit, the hunt has been on for another couple of – no offence – has-been siblings to do up like kippers. The problem with the Kemps here was that, unlike the Goss bros, they had the last laugh. Too much celebrity culture is like this. One yearns for a simpler time when, as in the Bros documentary, hubristic doughnuts make idiots of themselves unwittingly. I don’t want celebrities gamely spoofing themselves – I want them destroy themselves on telly without realising it.”
Stuart Jeffries, The Guardian

“The Kemps are sufficiently secure and good-natured to allow themselves to be portrayed as idiots. As seen here, Gary is the pretentious one with the most fragile ego. Martin is impossibly handsome but not the sharpest knife in the drawer. Their rivalry and delicate egos are a running theme. Crucially, the Kemps are actors with great comic timing, so could pull this off. They called in some support from Christopher Eccleston, Simon Day, Daniel Mays and even the Today’s Nick Robinson, all playing themselves and managing to keep a straight face. It was so much fun that I could happily watch a whole series of it.”
Anita Singh, The Telegraph

”The greatest music mockumentaries have often focused on fictional bands – Spinal Tap, The Rutles, Thotch led by Brian Pern – so it was exciting and a little daring for the latest entry into the genre to focus on real-life pop stars. The big set-pieces were enjoyable, but it was the finer details that really made the hour. Doctoring a Piers Morgan interview to give credence to the idea that Martin has five kidneys (he does have three), and having him married to both Pepsi and Shirlie (rather than just Shirlie) were genius. This could have gone very wrong but thanks to the Kemps’ willingness to offer themselves up for ridicule, and Thomas’s laugh-a-minute script, it was pure gold.”
Emily Baker, The i

Alex Brooker: Disability and Me, BBC2

“This was a profound and amusing insight into the life of the TV presenter and comedian who was born with hand and leg deformities, had to have one leg amputated and spent much of his childhood in hospital. He said he has instinctive defensiveness from childhood, so when someone stares he still thinks, “What the f*** are you looking at?”, then discovers they just want to say they like his TV show. At times he became emotional, especially when discussing his children, but what struck me as much as the disability issues raised was his easy humour with his family and his lovely mother, Elaine. You could see how dark comedy has seen them through.”
Carol Midgley, The Times

“At the outset, Alex Brooker explained what his documentary was not. “I don’t want to do one of those films where it’s like, ‘I’m Alex, I have one leg and my life is s—.” It was honest, intelligent and funny. But this was also his attempt to ask serious questions, of himself and others, about the physical and emotional effects of disability. Brooker and his mother had never had these conversations before because, in Brooker’s mind, “if you ask what happened then that implies that something bad happened”. Now he wanted to confront feelings that he had buried, including the guilt he felt at not being the ‘perfect’ baby. It would be good to see disability represented on screen more often, and in as open a fashion as this.”
Anita Singh, The Telegraph

“This was more honest and raw than Brooker’s other documentaries, delving into aspects of his disability that he had never questioned before, never mind on camera. How will his children cope with having a disabled dad? What did his parents go through when he was a baby? Brooker is not interested in sympathy, as demonstrated by his tendency to use his disability as material for jokes – a personality trait that he felt he had to examine here. It takes a lot of courage to question whether your entire career may be built on something less than noble, and so Brooker should be praised for his honesty.”
Emily Baker, The i