The Language of Love; Toast of Tinseltown; PEN15 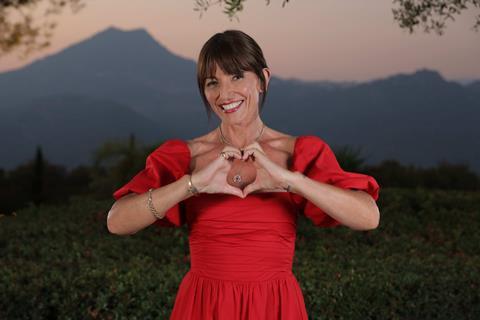 The Language of Love, Channel 4

“Clearly, it’s nonsense — how are you supposed truly to fall in love with someone until you know what they’re actually saying? But all a bit of sunny fun for January, and Davina McCall has pointed out this is not like Love Island, because the participants are looking for love, not fame or a cash prize. Except that it is exactly like watching Love Island. It’ll do well.”
James Jackson, The Times

“This is a holiday romance stripped to its component parts and reassembled by TV producers. It’s also a good advert for the benefits of taking GCSE Spanish. The programme grew on me, though. Unlike Love Island’s preening hunks, the British men aren’t afraid to reveal their insecurities. The Spanish men appear to have no such moments of self-doubt.”
Anita Singh, The Telegraph

“Most of the Spaniards can speak English and barely bother to hide it. Tensions and arguments are scripted, emotions are faked and no one has a shred of real interest in dating — they just want to be on TV. It’s not nasty or exploitative, as some of these shows can be. It’s just pointless.”
Christopher Stevens, Daily Mail

“Anyone who has experienced a holiday romance or friendship will recognise the stilted conversation and misunderstandings and Davina’s co-host, a Spanish TV personality called Ricky Merino, was on hand with translations – but the language-barrier business was a novelty that quickly felt pointless. An end-credit snippet from the second episode hinted at the sort of drama that dating-show experts apparently require, but, so far, the show is as deep as a two-week suntan.”
Gerard Gilbert, The i

“Matt Berry’s comedy has moved from Channel 4, where it was a cult concern, to BBC2, where it’ll be a similar cult concern, just a slightly bigger one. Newcomers may have been baffled, but put it this way, when a comedy is admired enough for Larry David to cameo (as he did in last night’s opening scene), you’re not in much of a position to argue.”
James Jackson, The Times

“There are celebrity cameos from bona fide Hollywood players, which proves just how highly this show is regarded. Co-writer Arthur Mathews throws in surreal scenes, broad comedy, wordplay and knowingly terrible one-liners. It’s all ludicrous, and that’s just what the doctor ordered.”
Anita Singh, The Telegraph

“Every aspect of Life Among the Luvvies is sent up. It’s stupidly funny. More was packed in to half an hour than most comedies manage in a six-part series.”
Christopher Stevens, Daily Mail

“Our thespian hero may have travelled over 5,000 miles, but the humiliations and surrealist humour are joyously unchanged.”
Gerard Gilbert, The i

“After a seven-year break, the opening episode allows viewers to reacclimatise themselves with Toast’s world, while also highlighting just how things have changed. It’s hard to tell whether Toast of Tinseltown will live up to the lofty heights of its predecessor. Certain things have been slightly lost in the move from Channel 4 to the BBC – we don’t get one of Berry’s dream-sequence songs in the opening episode – but the old faves are still there.”
Isobel Lewis, The Independent

“Its early fondness for a gross-out gag has evolved and it has matured into a remarkably sensitive and beautiful series about life, friendship and growing up. This run of final episodes, which conclude a second season delayed by the pandemic, mark the end of the show. It is bowing out at the peak of its powers.”
Rebecca Nicholson, The Guardian